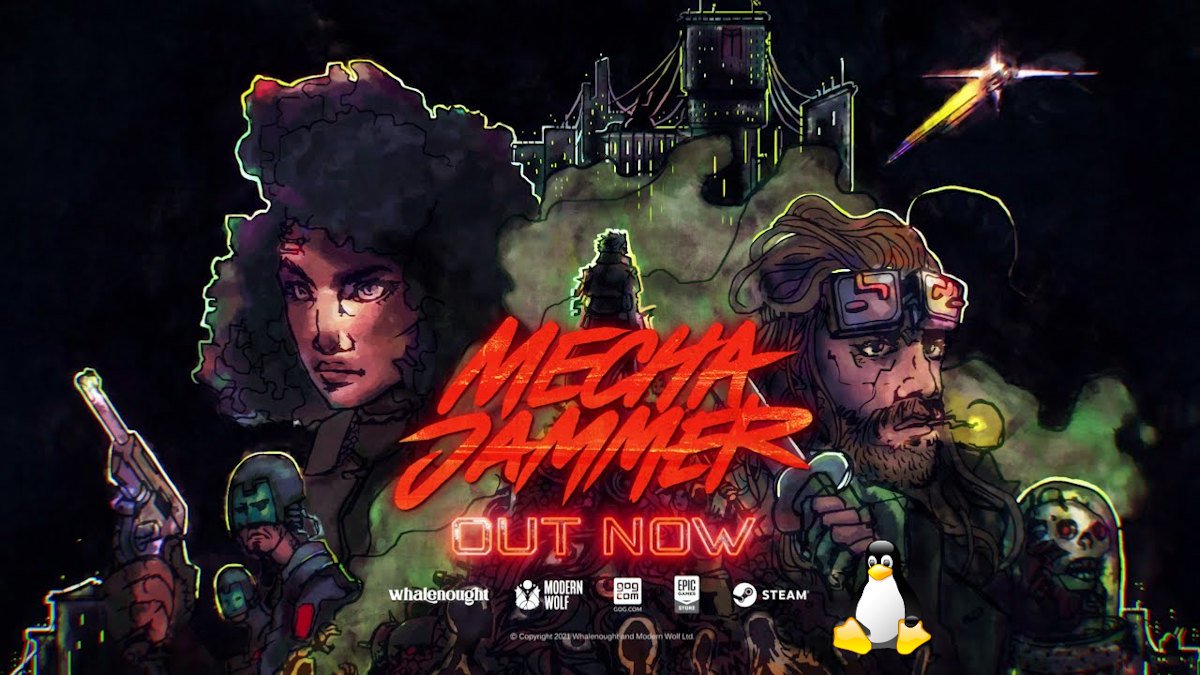 Mechajammer tactical cyberpunk turn-based RPG has a native port today for Linux with Mac and Windows PC. Thanks to the continuing work and creative efforts of developer Whalenought Studios. Available now on both Steam and GOG.

Modern Wolf is proud to announce the Linux build for Mechajammer from Whalenought Studios. Offering you the chance to play the immersive tactical cyberpunk turn-based RPG on a grim future colony world. One that is also inspired by low-tech, analog worlds featured in 80’s sci-fi/action movies. While you can explore, interact, and fight your way out of the hellhole you find yourself in. Which certainly plays well on Linux, but Proton is still an option, should you choose.

Mechajammer is a CRPG with strong tabletop roots but with a precise, peculiar take on the genre. The foundation of the game is an immersive sim, sort of like an isometric Deus Ex. Since players can freely choose how to face different tactical scenes. Stealth is always an option, as party-based combat is as well.

The Mechajammer combat system also sports a powerful twist as turns take place simultaneously. While allowing for interrupts, quick reactions, and, in general, an experience that feels like real-time. But with the rules of turn-based combat systems.

Freely roam through the streets of an off-world cyberpunk city. The killer jungles outside its walls, and the occult syndicate hollows below. But you can recruit large squads of mercenaries, gang members, and thieves as companions. Then issue commands to the whole squad to keep the turn-based combat fast and exciting.

In Mechajammer you and your crew of deserters have crashed onto a hostile jungle colony. To escape, you must gather rumors, bribe enemies, and earn trust through completing missions. In this deep sim, choose your path wisely, as your story options will shift with every choice.

***NOTE: I do have a select amount of Steam codes for Mechajammer. If you want one, hit me up on Discord ***