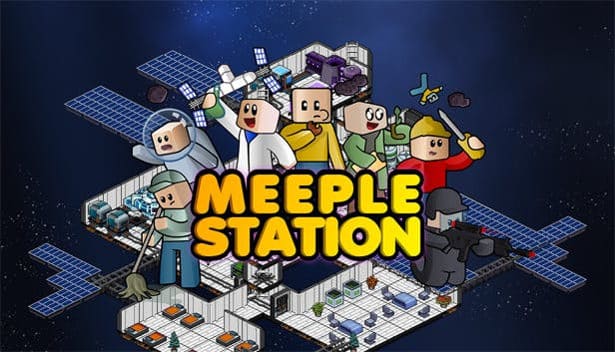 Since Meeple Station takes inspiration from Rimworld, with a healthy dose of chaos thrown in. This is the second game from the developer, the team behind Regions of Ruin. Which also has very positive reviews on Steam, even after release. And also the first game for new publisher Modularity (from the creators of ModDB and IndieDB).

The team behind Meeple Station quietly opened up beta sales on itch.io a couple weeks ago. Since this comes with an overwhelmingly positive response, the team continues to be at the top of the sellers charts. While steadily climbing Steam’s upcoming charts.
Since there seems to be a strong appetite for battling space pirates and rogue meeple. The team’s early access trailer provides a good overview of gameplay. Well at least for players ready to take the reins of their own space station.

Did you have ever wanted to build your own space station. Trade goods and care for the inhabitants?

Meeple Station also lets you explore distant galaxies. While you take on daring missions, trying to keep your meeple’s alive! The game design is an open-ended space station simulator. Which releases in the vein of Rimworld and succeeds in doing just that. So you can live a never ending adventure, whilst trying to make the best of your ramshackle station.

Meeple Station release the space station simulator on Steam and Humble Store. Priced at $16.99 USD, which also includes the 15% discount until January 24th. There is an Itch release as well, but at full $19.99 USD.