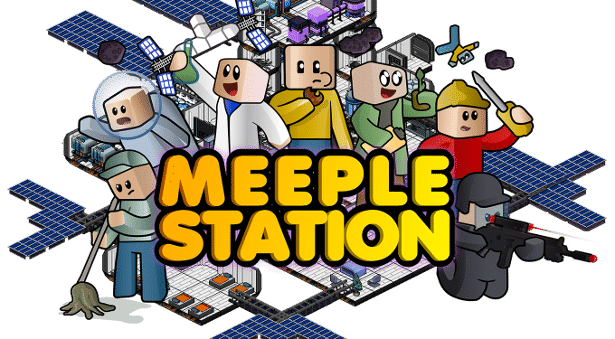 Meeple Station the cooperative Space station Sim coming to Linux, Mac and Windows on January 17th. The games ready to release soon, although Itch is the cheaper price, which includes a Steam code.


Meeple Station will have players building their own space station. Then trade, explore and create the experience you choose. Doing so in either singleplayer gameplayer, local or online co-op. Personally the online co-op has my attention. I’m also keen to see how cross-platform co-op is going to work as well.

The games releasing in Early Access for Linux, Mac and Windows. While the full release will have a full campaign mode, online cooperative mode, extended features and modding suites. There are also other features that will compound and expand upon the main features. Expect to see things like Exploration, Research (already in) technologies, landing partys, trade etc.

“We keep all platforms up to date and supported at all times.

Modding support and localised into half a dozen languages to begin with. Including Chinese, Russian, Japanese, spanish, Italian, Portuguese, French, German. Possibly a few others.”

Vox Games are going out of their way to ensure Linux has support, and also kept up to date. We have been working with the developer since the Kickstarter. Where we also had a Linux Demo available. But the studio has their hands full. Event though there is a lot of content available for the game now.

So this means players can explore distant galaxies. While taking on daring missions, trying to keep your meeple alive. Meeple Station is an open-ended space station simulator in the vein of Rimworld. Allowing players to take on a never ending adventure. While to make the best station possible.

Also, the games design will allow you to build a multi-level station. But in order to do so, you will have to focus on trade, mining and research. Work to keep the Meeple population alive. This means generating power, life support and wiring your station. Then put things like the botany department in the basement. Fixing issues not being maintained, or bits of your station lacking oxygen due to an open airlock.

You will have to keep an eye on your Meeple Station. One of your crew could deconstruct it. Then take out half your station, only for a stray meteor to hit your solar array. Which then impacts the life support.

The saving grace, you can trade any of the myriad of goods you find. Since this allows you to become a mining station. So you can strip and mine of it’s resources, then sell the runoff to a trading faction. While also being cautious of pirates and face eating space-squids. You can go anywhere you want, as long as you have enough fuel and an engine.

The Games Release and Price:

The space station sim is expecting to remain in Early Access for 6 – 9 months. The games available for purchase now on Itch for $15 USD, including a Steam code. Which means you can get Meeple Station cheaper now, before the release date.