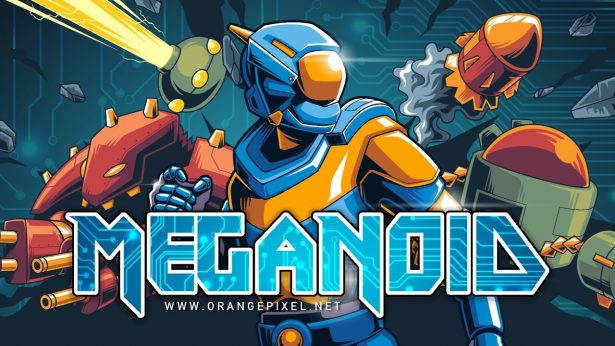 The latest gaming news comes from #Orangepixel. Hence the developers of #challenging platformer roguelike Meganoid. A game created by one rather experienced developer in just 2 months. Hence the official release on Steam and Humble Store for Linux, Mac and Windows PC.

So being that Meganoid is a challenging #platformer. Where gameplay combines a demanding Meat-boy style. With Spelunky type exploration in space. Yes this news is that hardcore. All to introduce a game with original style all it’s own.

Meganoid is a procedurally generating level design on every gaming playthrough. So find as many items to enhance your character and his abilities. All while you descend down into the Meganoid space ship. Do you rush for the exit? Or do you take your time to collect everything?
Hopefully escaping the security drones that hunt you down if you linger about.

Meganoid is officially available now on Steam and Humble Store. Releasing with a 10% discount on Linux, Mac and Windows PC. Since the full price is only $4.99/£3.99, it’s a great deal, until April 3rd.

Meganoid a challenging platformer available for pre-order and release date