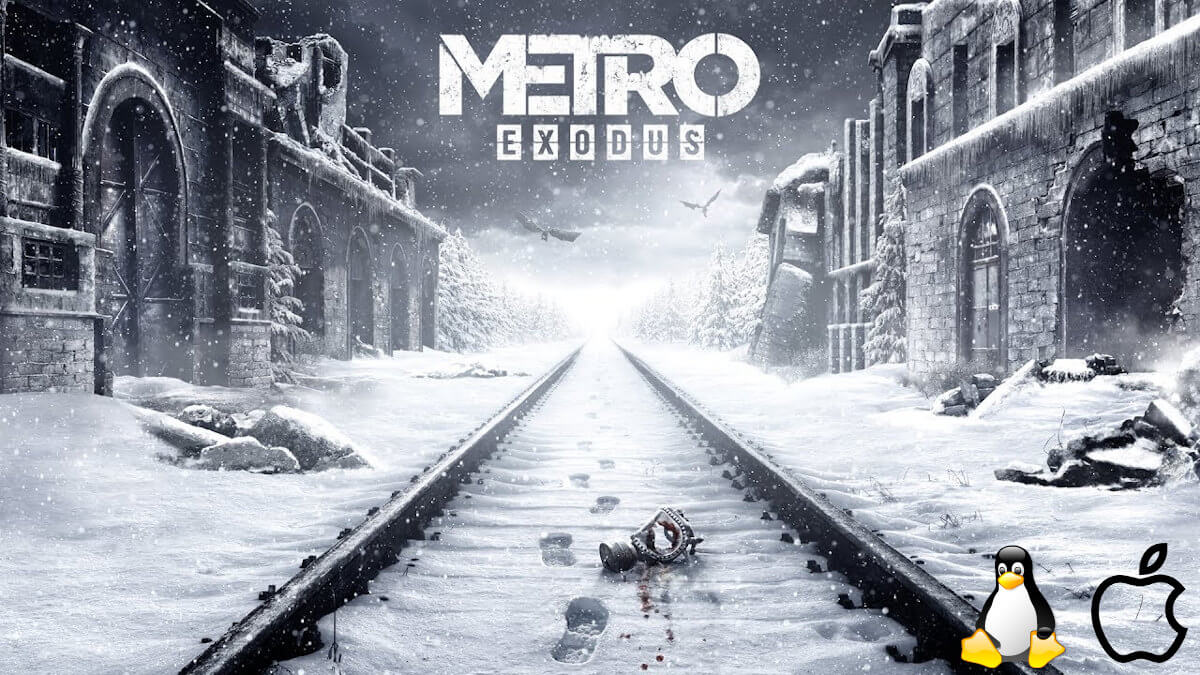 Metro Exodus finally shows formal signs of support in Linux gaming and Mac with Windows PC. According to a recent post from developer 4A Games. While offering a huge discount in the Black Friday sales. Available on Humble Store, Steam and GOG.

Deep Silver and 4A Games are eager to offer further details for Metro Exodus. Their epic story driven first person shooter inspired by the novels of Dmitry Glukhovsky. Due to arrive in both Linux gaming and Mac. Hopefully, this will also include the same features the consoles builds will receive. Such as faster frame rate and increased resolution. As well as reduced loading times and stunning ray tracing features.

The visual upgrades and improved performance are coming to next-gen consoles. Hopefully, this advanced version of Metro Exodus will be coming as a free upgrade on PC. But we do know that native support is confirmed via the 4A Games 10th Anniversary post.

…we’re also working on dedicated Linux and Mac versions of the game. We’ll share more information about these closer to release.

This certainly is good news. Since details were posted back on November 25th. That being said, I was hoping to see more content available on Steam. But that post only highlights the 10 year anniversary. There is also a two year gap between this post and the last DNA post. Alas, we still have to wait for further release details.

Deep Silver and 4A Games certainly have a decade long journey. Releasing the unique Metro Timeline. A full break down that charts every major event in the studio and series’ history.

View the timeline on the official Metro website at Timeline.MetroTheGame.

The timeline reveals a braided history. Including that of Dmitry Glukhovsky, 4A Games and the world of Metro games. Offering fans and new players a unique way of exploring this iconic series.

Metro Exodus expanding platforms is only part of the major studio update. 4A Games are also confirming the next Metro title in creation. Due to arrive on PC and next gen consoles. This will include a complete rebuild of the engine and renderer. While benefiting the new power, storage, and hardware ray tracing. Also thanks to the recent partnership with Saber Interactive. This will allow 4A Games to explore a multiplayer experience. Creating a new Metro universe.

Since Metro Exodus is showing formal signs of support. Expect more details for Linux gaming and Mac. Also be sure to get the 60% discount on Humble Store, Steam and GOG.