Middle-earth: Shadow of Mordor 2 likely in development according to Stunt woman resume 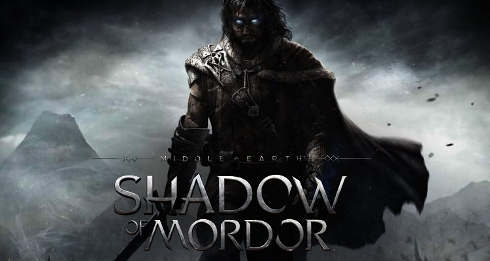 A stunt actress Lauren Mary Kim #listed a #sequel to Middle-earth: Shadow of Mordor on her resume, which is no real surprise considering how well-received the first game was received.

According to Lauren Kim’s resume on #iStunt shows “Shadows of Mordor 2” listed under her motion capture work along with other games such as God of War Ascension, Assassin’s Creed Unity and Dark Souls 2, etc.

Since this list of work references came into light, “Shadows of Mordor 2″ has been removed from her resume. And Blur Studio’s, the company that creates CGI video game trailers not made in-house, would make sense. 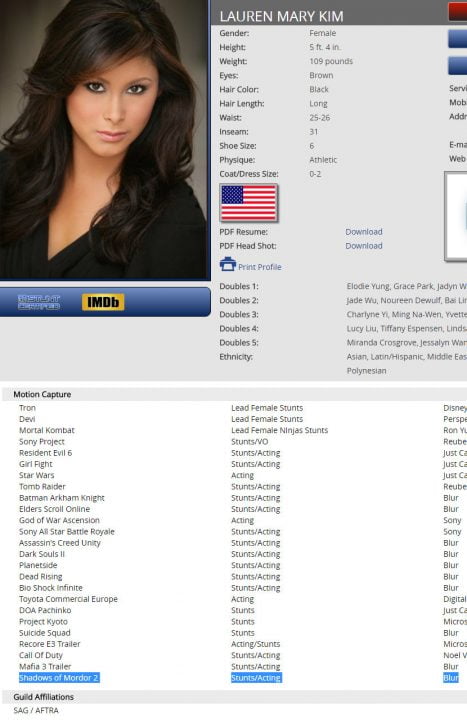 It has also been suggested there could be a video making an appearance at E3 2016 by both sites. Warner has not responded to requests or comments.

Also, Monolith have been working on an unannounced project since August 2015, according to the resume of Shadow of Mordor’s senior designer Jed Bellini. Who is a senior world artist that worked at Ubisoft on Far Cry Primal along with Jobye-Kyle Karmaker, also been working on an unannounced project at Monolith since February 2016. If they are both working on the same project or a Shadow of Mordor sequel it is not known yet.

Middle-earth: Shadow of Mordor was released on September 30, 2014. A Game of the Year Edition including all post-release content arrived in May 2015 for Windows PC, PlayStation 4 and Xbox One, followed by the Feral Interactive port in August 2015.

Shadow of Mordor takes Game of the Year at GDC 2015

Middle-earth: Shadow of Mordor – Game of the Year Edition coming next month