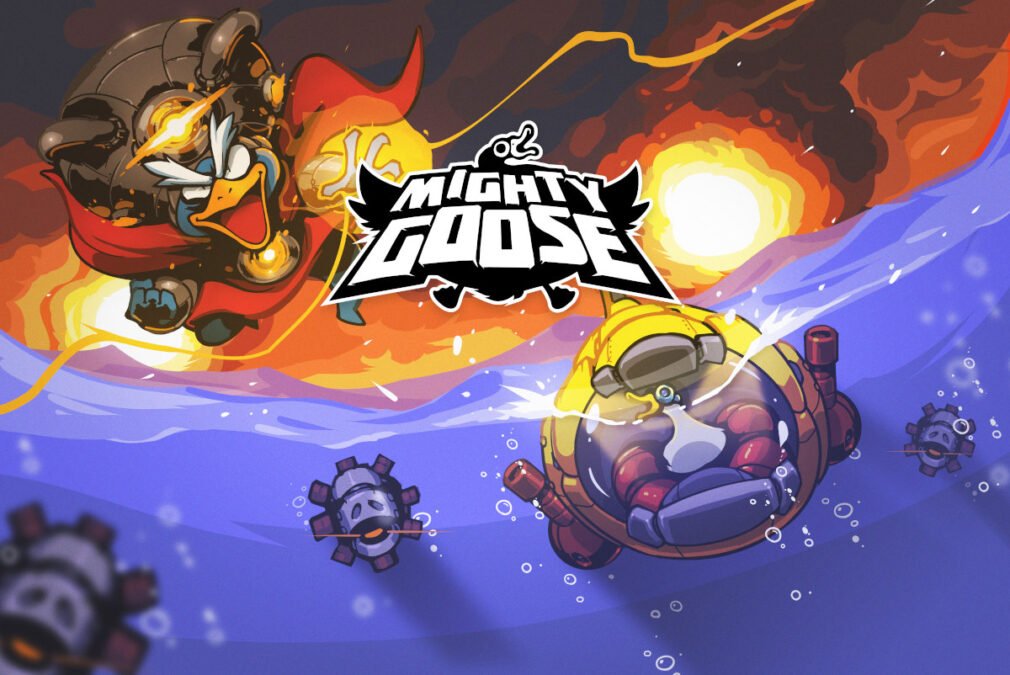 Mighty Goose latest free DLC update releases for the game via Linux, Mac, and Windows PC. Due to the work and effort of developers Blastmode and MP2 Games. Available now with a big discount on Steam.

PLAYISM is proud to announce that the latest free DLC update for Mighty Goose is out. The fast-paced side-scrolling action shooter developed by Blastmode and MP2 Games levels up even further. So it’s time to make a splash and ruffle up some feathers.

In his latest adventure, Goose travels to the world of water, Planet Ceto. Due to save the planet and its dwellers, the fish people, from the evil Baron. Doing what he does best, rain bullets on the baddies and save the day.

In this epic action shooter, Mighty Goose brings the fight to the evil ruling the galaxy. Doing so with his army of minions and mechanized monsters. Face all kinds of dangers as you traverse the galaxy. But this is a legendary hero we’re talking about here, no danger is too dangerous.

At its core, Mighty Goose is a tight scrolling run and gun shooter in the vein of classics. So gameplay will test your skill, timing, reflexes. Building upon that solid arcade base, the game adds a ton of crazy weapons, war machines, upgrades, and secrets.

With the release of the new free DLC, take on the Baron together with a friend. Conquer the galaxy as Mighty Goose and its loyal companion in local multiplayer mode. To commemorate this major update, you can now buy Mighty Goose on sale for 50% off the regular price of $19.99 USD until April 25th. Dropping the Steam price to $9.99 USD / £7.74 / 8,39€. Along with support for Linux, Mac, and Windows PC.