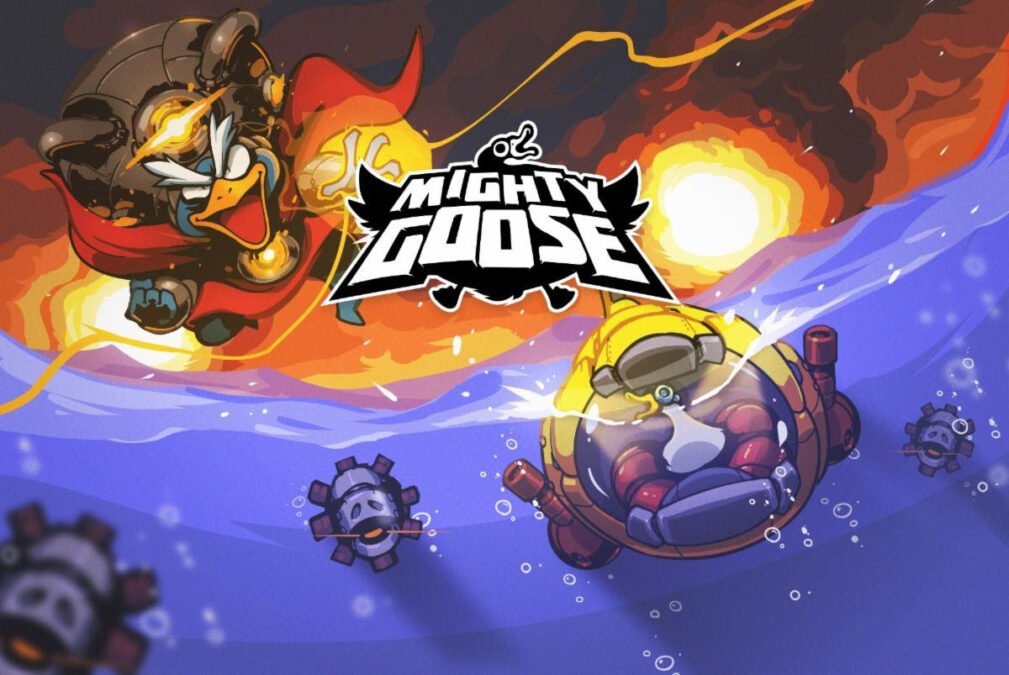 Mighty Goose new game stage coming later this month on Linux, Mac, and Windows PC. All due to the efforts from both developer Blastmode. Available now on Steam.

Mighty Goose is the over the top, run-and-gun, titled goose game. Developed by Blastmode, the game lays a free DLC egg that hatches Tuesday, April 19th, adding a brand new underwater stage. Mighty and their companions will hunt down one final bounty on Steam.

In this latest DLC, the titular Mighty Goose travels to the water-filled Planet Ceto. Due to save the planet itself and its inhabitants, the fish people, from the evil Baron. So our favorite hardcore goose is about to go buckwild in this all-new water/sea stage.

*The contents of this DLC will be unlocked upon clearing the main game.*

Waddle back into action as Mighty Goose travels to the aquatic planet Ceto. Due to deal with the Evil Baron. Fight enemies on a surfboard, commandeer a new aquatic assault vehicle, and reunite with companions. Doing so with the likes of Regular Duck and Commander Vark. Square off with the cruel tyrant in a devilish boss fight and save Planet Ceto.

In this epic action shooter, Mighty Goose brings the fight to the Void King. Who is also the evil monarch ruling the galaxy with his army of minions and mechanized monsters. Face all kinds of dangers as you traverse the galaxy. But this is the legendary Mighty Goose we’re talking about here, so no danger is too dangerous.

At its core, Mighty Goose is a tight scrolling run and gun shooter. Doing so in the vein of classics like Metal Slug and Contra. It will test your skill, timing, reflexes. Building upon that solid arcade base. The game also adds a ton of crazy weapons, war machines, upgrades and secrets.

Co-op Mode for You and Your Buddy
Take on the Void King together with a friend. So you can conquer the galaxy as Mighty Goose and its loyal companion in local multiplayer mode.