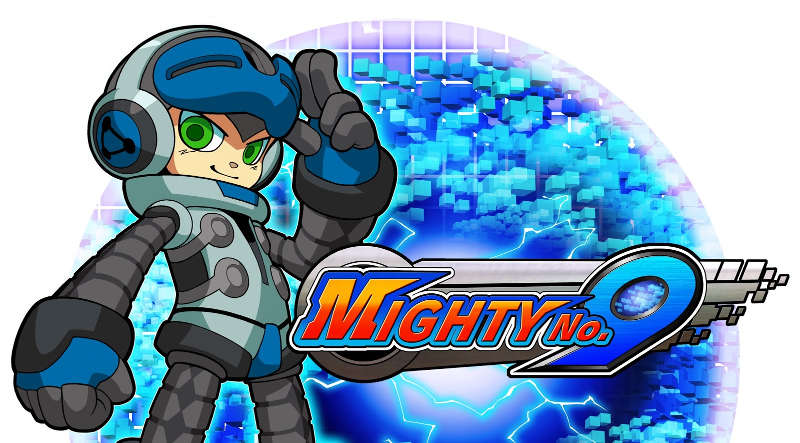 Mighty No. 9 is a #Kickstarter funded game due to #release in #February of 2016, and hopefully this time, the launch will not be pushed back again. The Kickstarter funding started back in September 2, 2013, with the target being met after two days.

Mighty No. 9 is in development by creator Comcept, in partnership with Inti Creates and game publisher Deep Silver. With the intended release for Linux, Mac, Windows PC, PlayStation 3, PlayStation 4, Xbox 360, Xbox One, Wii U, PlayStation Vita and Nintendo 3DS platforms. Which is expected to be February 9, 2016 in North America and a worldwide release by February 12.

As you may or may now know, Comcept is founded by Keiji Inafune, a former employee at Capcom and the main illustrator of Mega Man. A title that was originally released for the Nintendo Entertainment System back in 1987. And the latest 2D side scrolling action game, Mighty No. 9, offers somewhat of a familiar flashback to the famous Capcom video game.

Mighty No. 9 is a full out combination of 2D and 3D artwork and animation in a side-scrolling 2D environment. The latest video game can be played by a single player or in multiplayer mode.

In singleplayer mode, players control Beck, the ninth android in the Mighty Number combat robots. Taking place when a computer virus overcomes fellow robots, Beck fights the rogue, enemy-controlled robots to find out who is behind it all.

Beck will need to fight and beat these co-Mighty Number combat robots – Pyrogen, Cryosphere, Dynatron, Seismic, Battalion, Aviator, Brandish, and Countershade. Along with his companion Call, a creation of Dr. Sandra – one of the three mad scientists in Mighty No. 9. Other two scientists are robotics designer Dr. White who created Beck and the rest of the Mighty Numbers, plus Dr. Blackwell, the inventor of ‘Xel’ technolog – who is responsible for the creation of all robots.

Mighty No. 9 producer Nick Yu has revealed some details for the launch delay, “the game is pretty much done. We were doing bug fixes and we found some bugs in the network system that will affect the multiplayer. It’s not like a “showstopper” bug, but it’ll make players really frustrated. We don’t want that to be the experience for our players, so that’s why we decided to delay and polish the game a little bit more.
If we were to just give out the singleplayer – that means we have to make the whole package as a single-player game. Once that’s out, we can no longer say this game is singleplayer and multiplayer; we can only say this is singleplayer.”

Hopefully, this will be the last delay, so we can all enjoy playing Mighty No. 9 by February 2016 for Linux, Mac and Windows PC.