Million to One Hero platformer to release soon 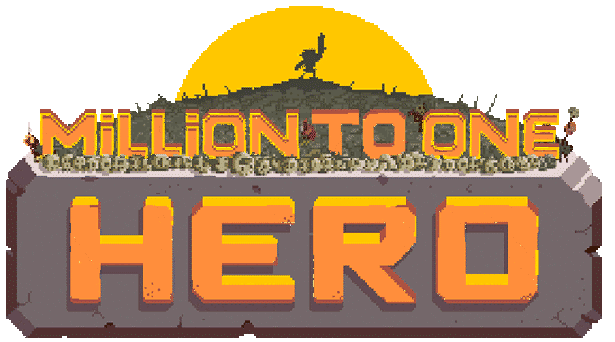 
Over the Top Games is also a team of 3 friends. All of whom enjoy creating games. The Madrid, Spain developers have some great games. So this includes NyxQuest, The Fancy Pants Adventures and Full Mojo Rampage.

While focusing their time and efforts on Million to One Hero. Which looks quite good.

So, Million to One Hero is a pixelated platformer. Taking place in a world of fairy tale creatures. Also Greek gods and mortal feats.
But now, the player can decide. Since you can either become a great hero. Or one who can conquer glorious challenges. Maybe you prefer to be the perverse mind behind them.

“Million to One Hero has a something for every type of player that enjoys platform games: speedrunning, puzzles and just plain fun platforming. We are very curious to see what players can create with the in-game editor, both in terms of mechanics and narration. We are sure that we will be surprised every day with awesome new levels and adventures.”

Also the in-game editor of Million to One Hero goes a step beyond just level creation. Since players can use it to create their own adventures. Ranging from creating quests. Adding NPC’s and dialog to playing with the music. Or the conditions of each level.

The multiple creation and narrative tools have further features. Since this allows players to create their own stories. Which they can share with the rest of the world. An example of all these possibilities is the trailer itself. Which is entirely designed with the editor.

Want to learn more about the game? Visit the Million to One Hero Steam page. The games coming to Linux, Mac and Windows. No details on price just yet though.