#TelltaleGames have once again been receiving a great deal of attention for the #adventure #story Minecraft: Story Mode – A Telltale Games Series. Earlier this week, news was released outlining how the title will be making a Linux debut. A rather epic but quiet announcement for a game that has already seen a Windows PC and Mac release with 80% positive reviews on Steam.

Now it seems a Telltale Games staff member, dbrady, who also happens to be an avid Linux user is keen to port the title:

“I am a Linux user at home, and have been for many years. I’ve been itching to write a Linux port for the duration of my time here at Telltale. As a result, I would like to ask the community if there’s any interest in a Linux/SteamOS port? And perhaps more importantly… would there be any interest in participating in a closed beta of such a thing? Any hardware or distro will do… I can’t promise you it would work on your particular setup, but I would of course want to support as wide of an ecosystem as possible. Since Linux is such a diverse culture, it’s desirable for community help in testing. And no, this port would not (negatively) affect the quality of our other platforms.”

This is on top of the details already released on SteamDB, showing Linux as a highlighted platform for the title.  And why not, Steam Machine are just around the corner, we have just had an early release of the Steam Controller and Steam Link. 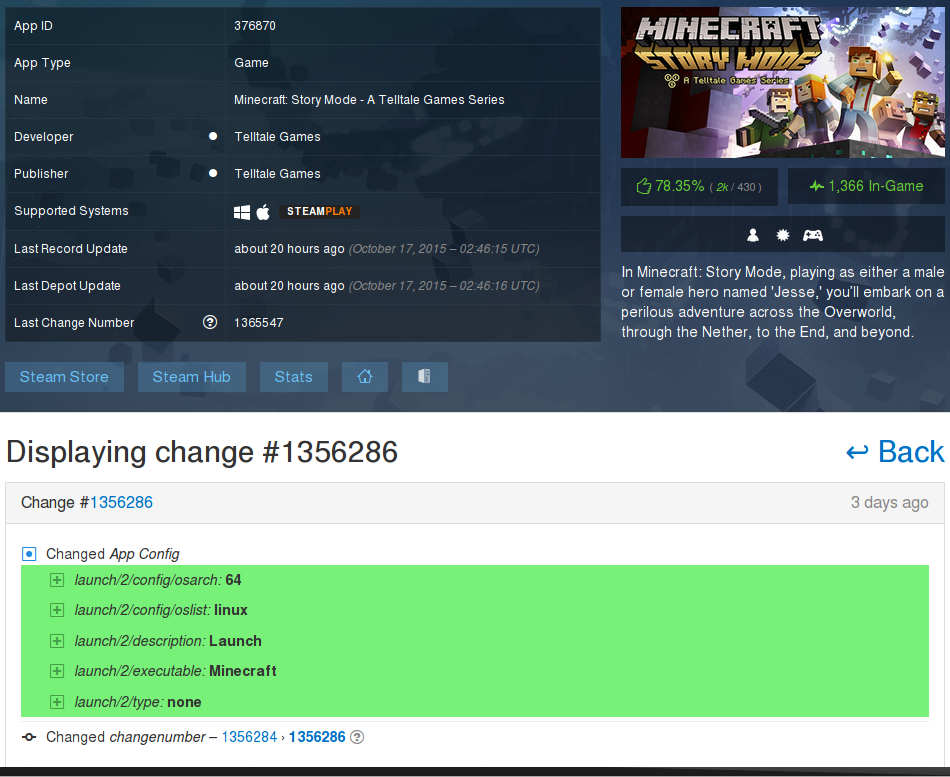 What is Minecraft: Story Mode – A Telltale Games Series all about?
In this five part episodic series, you’ll embark on a perilous adventure across the Overworld, through the Nether, to the End, and beyond. You and your friends revere the legendary Order of the Stone: Warrior, Redstone Engineer, Griefer, and Architect; slayers of the Ender Dragon. While at EnderCon in hopes of meeting Gabriel the Warrior, you and your friends discover that something is wrong… something dreadful. Terror is unleashed, and you must set out on a quest to find The Order of the Stone if you are to save your world from oblivion.

The announcement is also asking if anyone is eager to help Telltake Games test the native build, “if interested in participating in a beta, please email me at [email protected] with details about your OS and hardware.”