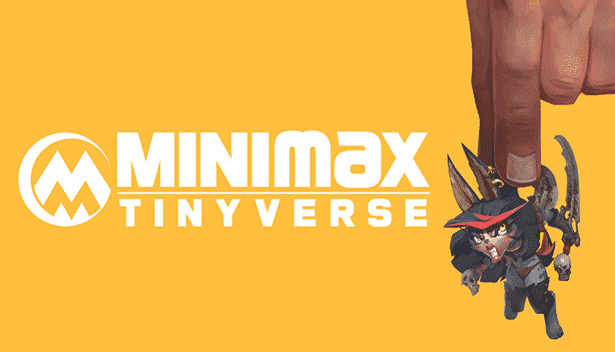 MINImax Tinyverse is eager to announce the Beta for Windows, but Linux support is incoming. Since the fantastic response to the community beta developers O’ol Blue are pleased to release details. And also what’s next for the forthcoming tower-rush brawler.

MINImax Tinyverse is a real-time, tower-rush brawler. Where you, “max,” assist an army of “MINI” troopers and champions in the fight between the realms of Aillai and Creaea.
So we are bringing good news, with the next Steam beta is coming November 2018. But first, let’s talk Linux support.

“The game engine is Unity and in the current state of MINImax Tinyverse, we will be released for Windows. But we are planning to come with Mac and Linux version at some point in the future.”

The email from developer O’ol Blue confirming Unity 3D should not be a surprise. Since the games actually going to release Free to Play. There is also no release date available yet. Since the dev’s are working their way into the Beta in November. And there is no confirmed release date for Linux or Mac yet.

MINImax Tinyverse gameplay requires not only quick thinking and fast-paced reactions. But also strategy and knowledge about the characters, miracles and their strengths and weaknesses.
Overlook the entire battlefield as you protect and support one side. All in the eternal battle between Aillai and Creaea.

Utilizing ground-breaking artificial intelligence, your troopers and Champion will fight to the death. While using a wide variety of Miracles you can assist your heroes as they seek to conquer the enemy territory.

Master the powers to freeze, turn day to night and rain annihilating meteors from the skies. And also loosely interact with the Champion to carve their path to victory. You will find every action can turn the tide of battle.

Champions come in all shapes and sizes. From characters fitting the tank role, to healers and Spellcasters. Since every Champion is unique.
Such as the opposing spellcasters Shainen and Fainuke. While Shainen relies on powerful fire magic, her class counterpart Fainuke uses quick waves of shocking electrical magic. Also offering a similar role but a very different play-style.

Troopers continue to expand. Specializing in killing others, troopers that tank, troopers that heal, and troopers with high mobility. Also troopers that can hide at night, others that can demolish the towers quickly. And in the near future, developers O’ol Blue will be bringing even more amazing characters. Such as like cavalry style troopers and flying units.

MINImax Tinyverse keeps surprising its old and new players with the progressive changes. As well as improvement in the gameplay contents.

The developers are hard at work implementing the ideas and feedback from the community Beta. But as they look forward to the next phase. We are announcing the first Steam beta of MINImax Tinyverse.

We’ll have more news early November, with details on the dates and new features. For now, Wishlist on Steam.