More than half way through 2015, so Linux Game News decided to take a look at Kickstarter #projects that made headlines and will #release with Linux support (Mac and Windows PC too). And these area #campaigns that have been fully funded and in the Video Game section of Kickstarter.

7. Toejam and Earl: Back in the Groove

Toejam and Earl released for Mega Drive (Genesis, Americans) in 1991, the SegaGenesis-owning kids and going on to count among the publishers best-known characters. Appearing in a platformer, a light gun shooter and finally a 2002 Xbox game following from their original action roguelike. This time there’s no publisher, so Greg Johnson can do whatever he wants with the series. Making the title a true successor to the original game with an isometric perspective, 2D sprites, and an emphasis on exploration and cooperative play.

The Kickstarter campaign hit three of its stretch goals, making old school skins avialable, the Hyperfunk Zone, and playable characters Latisha and Earl’s Mom. With no exact release date the title is set to release on Linux, Mac and Windows PC, while Humanature Studios might port Unity to other platforms.

Descent: Underground is a both a prequel to the Descent series and a modernization of the original game play. Staying true to the original flight mechanics, arcade style combat, and tightly twisting map design while taking it to the next level. Although Descendent Studios have acquired the rights to use the Descent name from Descent publisher Interplay, they do not have complete access to all of the Descent IP. Making a few important changes to how the game works, like pilots flying the ships remotely as drones, for example.

The game will have multiplayer option, which is a first, along with using VR technologies such as the Oculus Rift to enhance the full space pilot experience. While Descent: Underground did not hit any of the stretch goals, the release is expected to arrive on Linux, Mac and Windows PC next spring 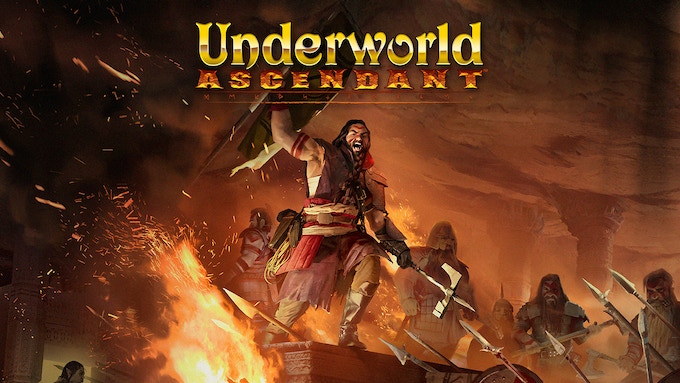 Otherside Entertainment, the studio helmed by RPG veteran PaulNeurath launched the Kickstarter campaign for Underworld Ascendant, the spiritual successor to the series that began more than a decade ago.
Neurath who recently regained the rights to the franchise from EA, along with the team members that worked on the original series alongside him. Ascendant includes the archetypical RPG classes of thief, mage and fighter, but players can mix skills across the three as the game progresses. Player choices will also affect feuding factions across the subterranean underworld.

The Kickstarter campaign did hit five stretch goals, including The Underswamp area, a Tracy Hickman novel, the Lizardmen race, companion creatures and enhanced music, along with the Resonant Caves area. Underworld Ascendant is expected to release on Linux, Mac, and Windows PC in late 2016. 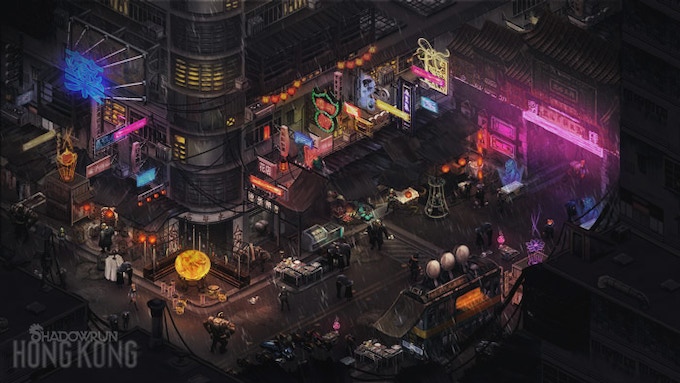 Shadowrun Returns, from HarebrainedSchemes, hit Kickstarter back in 2012 with a reasonably modest $400,000 goal. It promised to bring back the Shadowrun role-playing game franchise, offering a mixture of technology and magic set in a cyberpunk alternative future, as a proper RPG – as opposed to Microsoft’s 2007 reboot, which re-imagined the franchise as a multiplayer first-person shooter. The project smashed its goal, ending with $1.8 million in funds, and launched on tablets, smartphones and PCs in 2013 to generally positive reviews.

So this Hong Kong came close but did not smash Harebrained Scheme’s previous record, then hour three, it had achieved its first stretch goal of adding enhanced player controls. It’s since raised a total of $276,761, enough to fund stretch goals for animatic scene transitions, new party member Ractor the Russian, and more animatic endings. Shadowrun: Hong Kong then smashed through every one of its stretch goals, including one for an additional 4-5 hour mini-campaign. Other stretch goals added new characters, missions, magic, scene transitions and more.

Harebrained Schemes did not anticipate the amount of support the project received and ran out of stretch goals near the end. What will be added to Shadowrun: Hong Kong thanks to the Kickstarter campaign: Animatic scene transitions, Racter joins your party, Gobbet’s side mission, better sound, Gaichu joins your party, enhanced cyber, Is0bel’s side mission, expanded magic, Gaichu’s side mission, revamped matrix, and After Story Campaign (4-5 hours long). Shadowrun: Hong Kong will release for Linux, Mac, and Windows PC later this summer.

The long awaited sequel to the Bard’s Tale trilogy has launched it’s crowdfunding campaign. inXile Entertainment confirmed that The Bard’s Tale IV will include everything fans loved from the originals, including challenging dungeon crawling and Gaelic music. As InXile entertainment are well-known veterans of Kickstarter and the former record holders for the top-funded video game on Kickstarter.

The campaign did hit four of the stretch goals which add an enhanced companion system, enhanced crafting system, Monte Cook joined the staff and will create a dungeon, along with the “RPG Super Team” (Bruce Cordell, Wolfgang Baur and Sean K Reynolds) who will each design a dungeon. The Bard’s Tale IV will be releasing on Linux, Mac, and Windows PC in the fall of 2017. 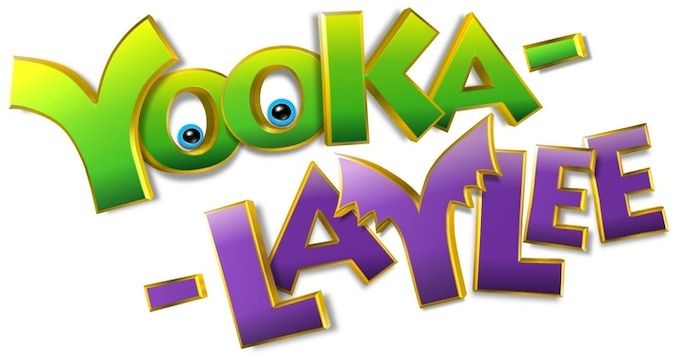 Formerly known as Project Ukulele, Yooka-Laylee is the first game from Playtonic Games, the new studio formed by several veterans of acclaimed developer Rare. The Kickstarter campaign for the Banjo-Kazooie successor, a 3D platformer called Yooka-Laylee and played in the likes of a “buddy-duo” such as Banjo-Kazooie, but instead of a bear and a bird, the title features a chameleon and a bat. A new duo that use the best of their natural abilities to create new type of moves that Banjo & Kazooie could not do.

Yooka-Laylee will have the musical talents of David Wise (Donkey Kong Country) and Grant Kirkhope (Banjo-Kazooie). And Yooka-Laylee was able to hit all of the stretch goals with massive fan support. Some of the bonus extras that will be included in the game are boss battles every level, transformations, 2-4 local multiplayer mini-games, an N64 shader, and an orchestral music score.Yooka-Laylee is going to release for Linux, Mac, Windows PC, PS4, Xbox One, and Wii U in late 2016.

1. Bloodstained: Ritual of the Night 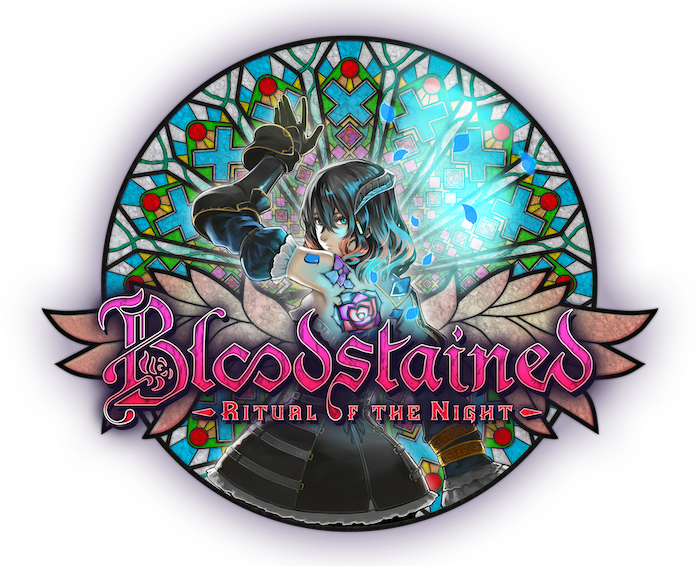 Bloodstained: Ritual of the Night more than tripled the funding goal just mere hours after the Kickstarter campaign launched. Promising to deliver everything that Castlevania fans loved about the games, including the spirit of exploration, leveling up characters and their weapons, and crafting new weapons using loot. The game will do something that Castlevania does not: use a 2.5D visual style. This is attributed to the choice of using Unreal Engine 4 as the backbone of the game as well as to balance development time and budget.

Featuring classic Igavnaia mechanics, including various weapon types and special abilities. Bloodstained is expected to be IGA’s biggest game to-date and is expected to contain over 1,600 rooms, while Michiru Yamane is set to be composing the soundtrack.

The Kickstarter campaign was a massive success, taking the top-funded video game position (at the time) by quite a margin. While also hitting all of the stretch goals, including a second playable character, cheat codes, local Co-op, Boss Rush Mode, Classic Mode, and Boss Revenge Mode. Bloodstained: Ritual of the Night will be releasing on Linux, Mac, Windows PC, PS4, Vita, Xbox One, and Wii U in the spring of 2017.