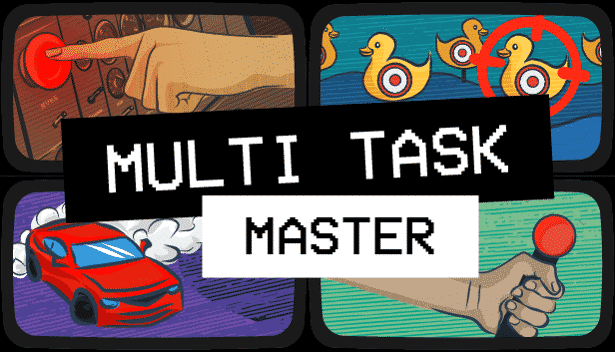 MultiTaskMaster is a new arcade game experience coming to Linux, Mac and Windows. Available this week to Steam, officially tomorrow.

MultiTaskMaster is a brain melting arcade game in which you juggle four games at once. So if you have what it takes to handle gaming such a manner. Now is the time to test your skills.

So for those who are brave enough. Just go a head and prove your multi-tasking skills. By playing or trying to play every part in a bank robbery and keeping all the loot. While making a fortune by working every job in a cafe and collecting all the wages.
Also taking all the starring roles in a zombie apocalypse for the glory.

Do it all yourself, keep all the rewards, then do it faster.

So are you ready for MultiTaskMaster? I’m releasing this news now, since you have to mentally prepare yourself for this. Linux gaming is taking a turn. Check it out on Steam below.

Syder Arcade Coming to Linux with Your Support