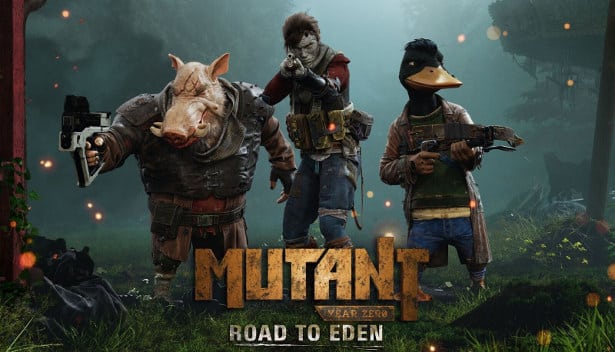 Mutant Year Zero: Road to Eden turn-based XCOM style combat for Windows, but maybe a Linux release?
So Funcom announced the game a few weeks ago. Also issuing a Cinematic Reveal Trailer that quickly made some significant ripples on the Internet.
While a lot of the credit for that goes to Dux. A duct-taped, crossbow-wielding and anthropomorphic duck. Apparently, anyone can become popular on the Internet if they can ruffle some feathers.

Also, we have some details about the Linux release. Well a direct feedback from the folks at Funcom.

“The game engine is Unreal Engine 4. There are no current plans to do a Linux port.”

Since this is not favourable news, we did not issue a news post back on March 8th, 2018. Now that we have some actual gameplay footage. Plus there is interest via the Steam Discussions. Well, those interested can show some Tux Love.

While this method does not guarantee a Linux release. We can at least generate further support.
So don’t expect to see as Linux release at launch. Which still does not have a definitive release date anyway.

Last week the bird flu to San Francisco to present the game behind closed doors at the Game Developer Conference. This week you will soon see that if it looks like a duck and walks like a duck, it probably is much more than just a CGI duck as Funcom finally reveals how Mutant Year Zero: Road to Eden looks and plays through 30 minutes of unedited gameplay presented by the developers at The Bearded Ladies.

“I would just like to apologize for all the duck puns in this press release”, says Lawrence Poe, Chief Product Officer at Funcom. “Our PR people are nothing but a bunch of quacks.”

The game, which is being developed by Bearded Ladies and published by Funcom, is set to release in 2018 on Windows, PlayStation 4, and Xbox One. Players must take control of a team of unlikely heroes, such as Dux (a crossbow-wielding, walking, talking duck) and Bormin (a boar with serious anger issues), and help them navigate a post-human Earth with its abandoned cities, crumbling highways, and mutated monsters on every corner. The team behind the game includes former ‘HITMAN’ leads as well as Ulf Andersson, the designer of ‘PAYDAY’.

Mutant Year Zero: Road to Eden will be coming to both Steam and Humble Store. Since the games going to be available for Windows. Here’s hoping we see Linux support at some point. So show some Tux Love.

Mutant Year Zero: Road to Eden is powered by the Unreal Engine 4 and will be available on Windows, Xbox One, and PlayStation 4 in 2018. The game is based on the classic ‘Mutant’ IP that has spawned several popular pen and paper role-playing games since the 1980s, including the current ‘Mutant: Year Zero’ from Free League and Modiphius Entertainment.
The IP is owned by the Cabinet Group and the interactive rights are controlled by Heroic Signatures, a company owned by both Cabinet Group and Funcom (see earlier announcement). For more video material, screenshots, and more information about Mutant Year Zero: Road to Eden, please visit the official website that launched today on the official website.