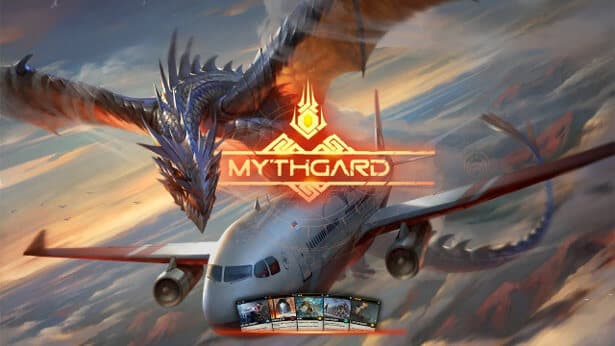 Mythgard is a collectible card game (CCG) for Mac and Windows PC, but looking for Linux community support. According to feedback from developer Rhino Games. Which is already listed on Steam and due to release this fall.

“We don’t have any Linux systems here to test builds on. And not a lot of bandwidth to support yet another platform.
We do hope to be able to add more platform support in the future. But the schedule is pretty packed right now.
If enough people sign up requesting Linux support. It would help convince the team that it’s something we should be doing.”

Mythgard is being developed in Unity 3D. So ideally Linux support should be a given. Seeing both Mac and Windows PC will have support.
But this is an Early Access release. And Rhino Games continue to add updates. Having just added the Purple faction to the game. Both for the web version and on Steam.
Since the studio is encouraging Wishlist support. The more community support the better.

Mythgard also has a live Windows PC build on Steam. Which is actually very playable via Proton. And rather impressive all around. Both for a free to play game. And also as an Alpha build on Steam. Check out the trailer below for an overview.

Mythgard the dark urban fantasy collectable card game. Originally announced a few months ago. Which is actually playable – for free – the entire time. You can sign up and play the WebGL version HERE.

This is a CCG of boundless depth and strategy. A unique free to play game with fast and fluid tactical action. Since you will be using spells, minions, enchantments and artifacts. Similar to that of a turn based RPG. While you work to vanquish opponents.

Since each play can mark the difference between victory and defeat. Your Mythgard deck is also not restricted to a single class or faction. And this opens a world of limitless possibility to gameplay.

There’s also an innovative combat system. While at first glance might be like a traditional “lane” based CCG’s. The system creates a range of interesting tactical choices. Both for blocking and attacking. While not slowing down the gameplay.
By not adding phases. This also avoids having universal combat affixes like “taunt”. For more details, check out the FAQ.

Seeing this is a free to play game. There is a starter pack, which is $10 USD, available in game.

The Steam release for Mythgard is coming in early August 2019. The CCG is releasing on both Mac and Windows. And if we get enough Linux support, a native build.

Also, if you want to stream Mythgard. Be sure to tag Rhino Games on Twitter (@mythgardgame). So they can retweet your stream.