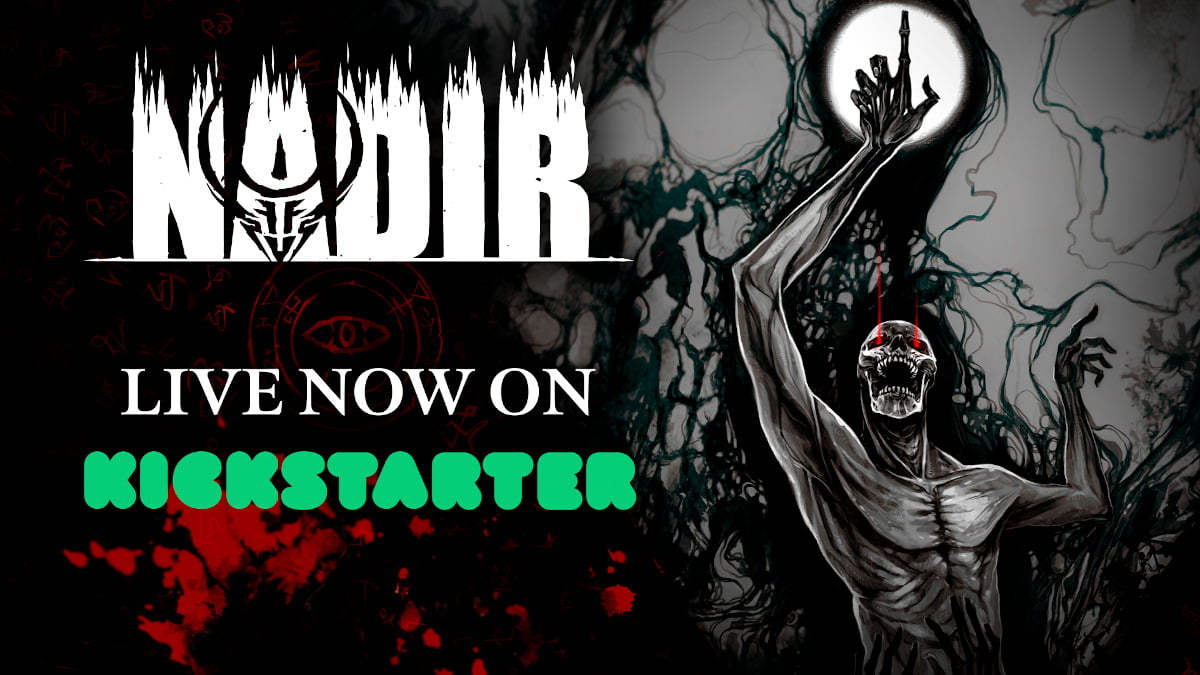 Nadir roguelike deckbuilding jRPG hits Kickstarter in Linux gaming, Mac, and Windows PC. Thanks to developer Shockwork Games. The crowdfunding campaign is doing well and this is also the first native game from the studio.

Shockwork Games are happy to announce the Kickstarter campaign. Introducing their monochrome jRPG roguelike with deckbuilding elements inspired by The Divine Comedy by Dante Alighieri. Which has just launched The Nadir Kickstarter campaign is currently due to raising €30,000 ($36,059 USD) by May 29th, 2021. With stretch goals already planned should they, by your grace, exceed that amount. Pledge enough and you will be found worthy of their hellishly alluring backer rewards. Also, the first game from the studio to offers support in Linux gaming.

Do you ever dream of power beyond your wildest dreams? Do you yearn for salvation? Are you willing to throw away your life in service of Sin? Then perk up your ears, sinner, for the time has finally cometh. The Nadir Kickstarter campaign is currently live due to raising €30,000 ($36,059 USD) by May 29th, 2021. While letting you control teams of Avatars. Each one belonging to a different Sin, so you can battle hellish beasts to make way to the bottom of the abyss. Venture into the depths of Nadir, the city of the damned, and you just might find what you’re looking for. And if you’re still unsure my wretched soul, watch this demonstration showcasing the gameplay and skill system of Nadir. Then bask in the infernal, blemished glory of hell.

That’s not all though! If you fulfill the social goal, you’ll UNLOCK A DEMO of Nadir that allows you to peek just ever so slightly into the abyss. Do not be surprised when it gazes back though…

Nadir is a dark jRPG roguelike deckbuilder with artwork burning of infernal fire. With many amazing inspirations, the deepest of them coming straight from Dante’s Divine Comedy.

The city of Nadir has multiple levels. Each one full to the brim with filthy, horrific creatures, and they also come with their own Guardian. At the lowest level, in the deepest darkness, the power resides. All waiting to be claimed by those brave or foolish enough to try.

The game heads onto Steam and GOG. While including support in Linux gaming, Mac and Windows Pc. As well as Nintendo Switch, PS4, and Xbox One. So be sure to Wishlist on Steam now.

Nadir is certainly on its way. Having just released the Kickstarter crowdfunding campaign. Due to make its way into Linux gaming, Mac and Windows PC

Have a question? Join official Discord and hear the answer straight from the Cerber’s mouth.