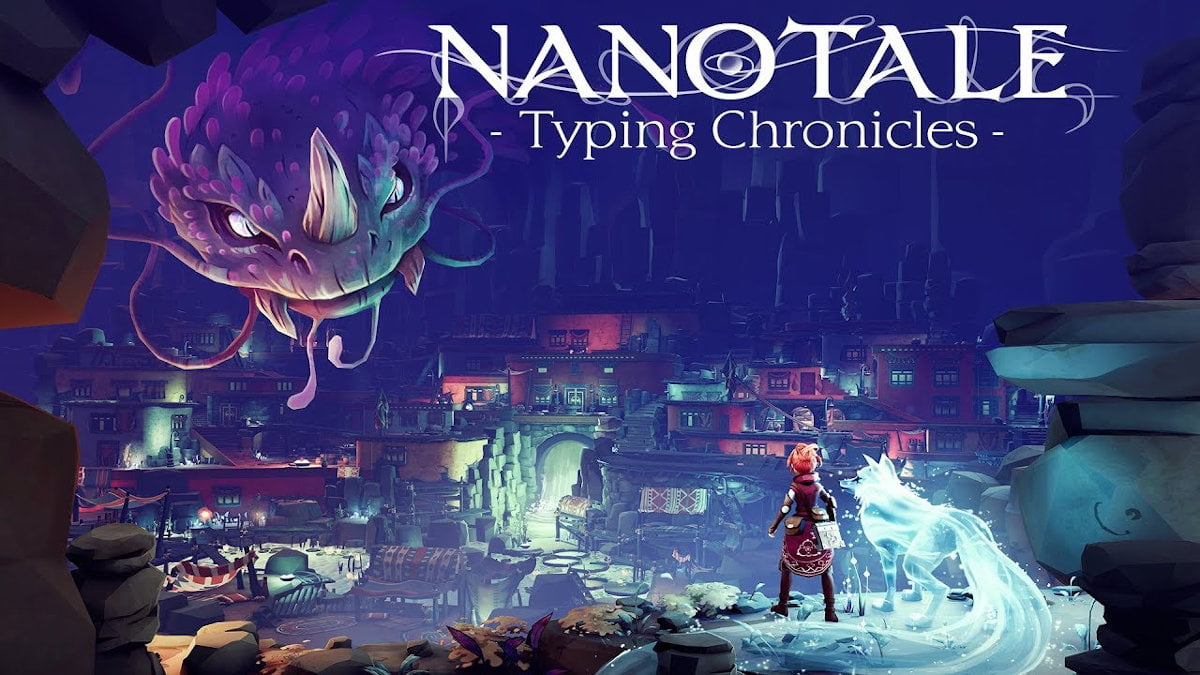 Nanotale typing adventure is leaving Early Access for Windows PC but with a port coming for Linux gaming. Thanks to details from indie developer Fishing Cactus. Available now on Steam Early Access and on GOG.

The breathtaking typing adventure, Nanotale, is slated to leave Early Access. Due to launch on both Steam, GOG, and Google Stadia on March 31st. The spiritual successor to the award winning typing adventure Epistory. Nanotale takes players exploring a troubled fantasy world, using their typing skills to cast powerful spells. While having to shape the setting and defeat enemies in an attempt to save the world.

Developer Fishing Cactus also confirms Linux support via email. But it looks like this will not be a day one launch as hoped.

Not for the 31st because we are all confined and our Linux machine is at the studio. We’ll get it back after the release and will take the time to do the porting on Linux. Sorry about that.

Along with this detail, Fishing Cactus points out they want to “make it right and not in a rush.” So despite the details, this is further win for Linux players. And being that Nanotale is developed in Unity 3D, porting should be straight forward.

Nanotale tells an amazing story of a world on the brink of destruction. While the heart of magic gets weaker by the minute. Players take on the role of novice Archivist, Rosalind. Who takes on a journey to the magical valley to collect plant and rock samples. As well as catalog mysterious incidents. All in an attempt to unravel the secrets surrounding the looming demise of Earth.

“We’re so excited to reveal that Nanotale will be out in just two weeks!” said Bruno Urbain, CEO of Fishing Cactus. “We have listened to the community in the Early Access. And are now proud to release the full version with improved performance. With breathtaking cinematics and voice-overs. Plus new powers and biomes to discover! Wishlist Nanotale on Steam today so you don’t miss our launch on the 31st!”

Nanotale delivers a blend of typing adventure and RPG experience. While players stumble upon and interact with other characters to solve various puzzles. They will unleash magical powers to defeat foes. The game draws players in with its unique game mechanics. Since everything from movement to combat, even to menu controls, is accomplished using solely a keyboard. Which also keeps the challenge active while players sharpen their typing skills in the game. Nanotale is due to be available in English, French, Italian, German, Spanish, Brazilian Portuguese, Polish, Russia, Chinese, Korean and Japanese

Wishlist Nanotale on Steam and on GOG. Due to release for Windows PC on March 31. Followed by a build in Linux gaming coming after. Priced at $14.99 USD.