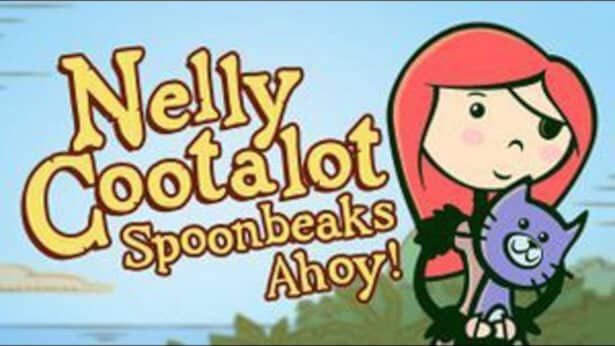 Nelly Cootalot: Spoonbeaks Ahoy! has a release date in Linux, Mac and Windows PC games. Originally released by Alasdair Beckett-King hundreds of years ago in 2007. Now being updated to HD. Also coming to Steam this month.


The game started out as a birthday present for his girlfriend. Which also got wildly out of hand.
So in 2016, he even made another Nelly game. This one called Nelly Cootalot: The Fowl Fleet.

The HD remastering of Spoonbeaks Ahoy! brings the original game back to life. While including a streamlined interface. Also loads of additional pixels and voice over.

Getting ready to ship, captain!
Alasdair has been tweaking and polishing. Also breaking and fixing Nelly Cootalot: Spoonbeaks Ahoy! for many months now. So this includes 1920×1080 HD resolution. A FULL VOICE OVER in English, the obvious highlights. Below is the full list of the improvements to the original 2007 game.

New resolution
The game now runs in full 1920×1080 HD, (as well as other widescreen resolutions). This is flipping massive compared to the tiny, square original graphics (see trailer video).

Full voice acting (English only)
Extremely cheap voice acting by Alasdair Beckett-King. Real Nelly and literally no one else. Think of it as a director’s commentary. While trying out a load of sketchy accents. Yes, this feature CAN be switched off.

Full support for Linux and Mac as well as all Windows PC.

So the dev team has a lot of work into this remastered edition. However, Nelly Cootalot: Spoonbeaks Ahoy! is a shorter game than “The Fowl Fleet“. Since the original was freeware.
The dev’s will make this release super, super-cheap. But that didn’t seem like enough. So, the revenue – after fees and taxes are deducted – will go to the RSPB. A British charity taking care of our feathered friends (birds).