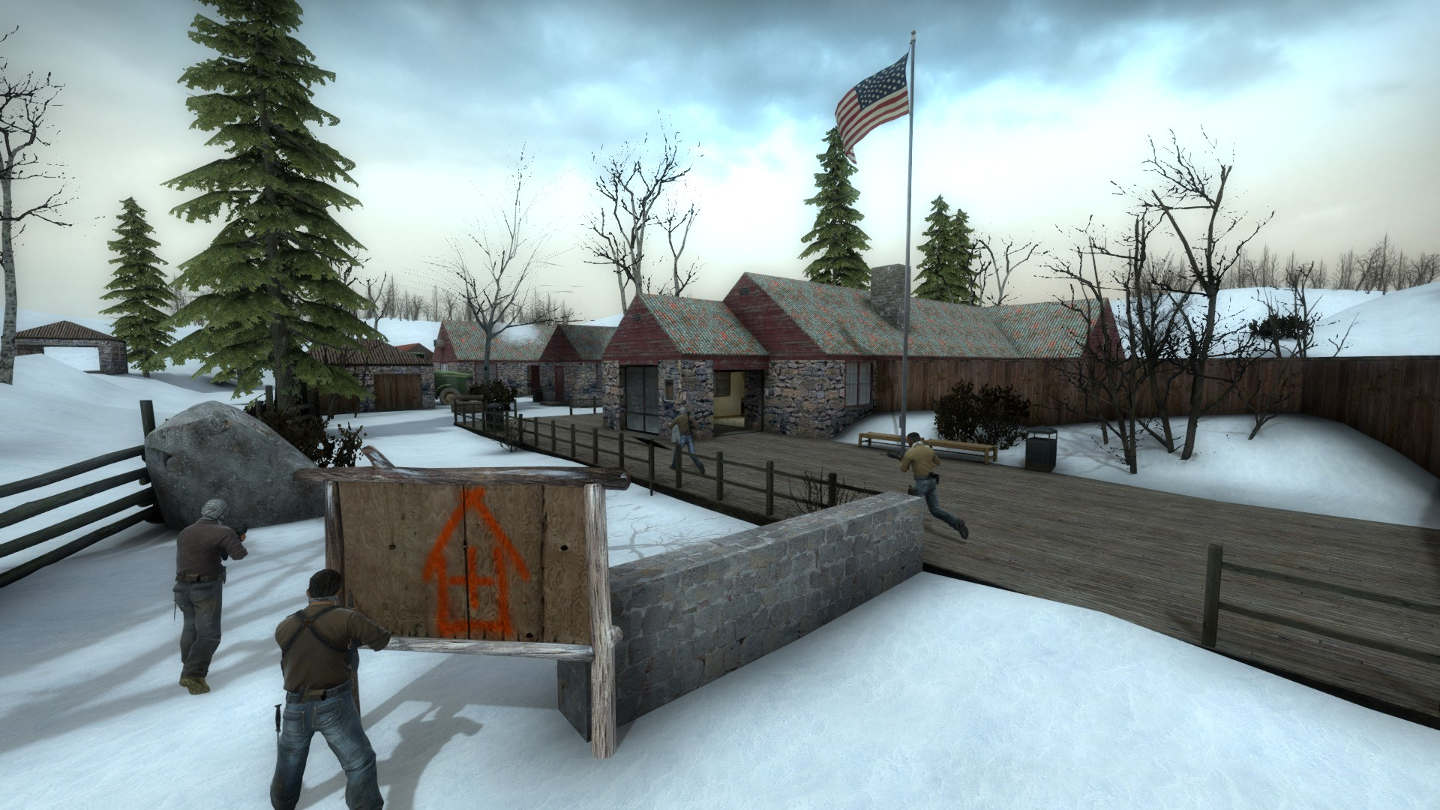 Nipper is the #creator behind the map cs_gonehome, designed for CS:GO that pits terrorists and counter-terrorists into the gun-free environment of #GoneHome. Nipper also posted cs_wildrefuge, a #map roughly based on the Malheur Wildlife Refuge, which six members of an anti-government militia occupied for 24 days before federal authorities intervened.

Just like the Gone Home map, players of course, shoot their way through the site that played host to one of the most controversial news stories of the year reveal. Whether intentionally or otherwise, this map does operates as a political criticism, even satire, and also as a casual siege in the style of cs_militia. Keep in mind, this is not a 1:1 recreation of the real-life refuge, it’s something created in reaction of national news. The combined result of recorded footage; a snowy compound of closed buildings surrounds the interior, then the main building where the pair of ‘bird watchers’ are held captive beside couches and brochure stands.

The map’s backstory is available on Nippers’ Steam Workshop page:

“A group of heavily armed patriots known only as “Vanilla Isis” have decided to launch a rebellion against their tyrannical government! Using their brilliant tactical mind they chose their first target: a mostly unoccupied bird sanctuary and wildlife refuge. After about 2 days of holding this territory from the feds they have unfortunately run out of vital supplies like slim jims,energy drinks and beer. In an act of desperation for more supplies they have taken a couple of orange jumpsuit wearing bird watchers hostage. Now with human lives at stake the feds have been forced to respond.”

The cs_wildrefuge map is playable on Linux and Counter Strike: Global Offensive fans have yet another epic environment to face foes.