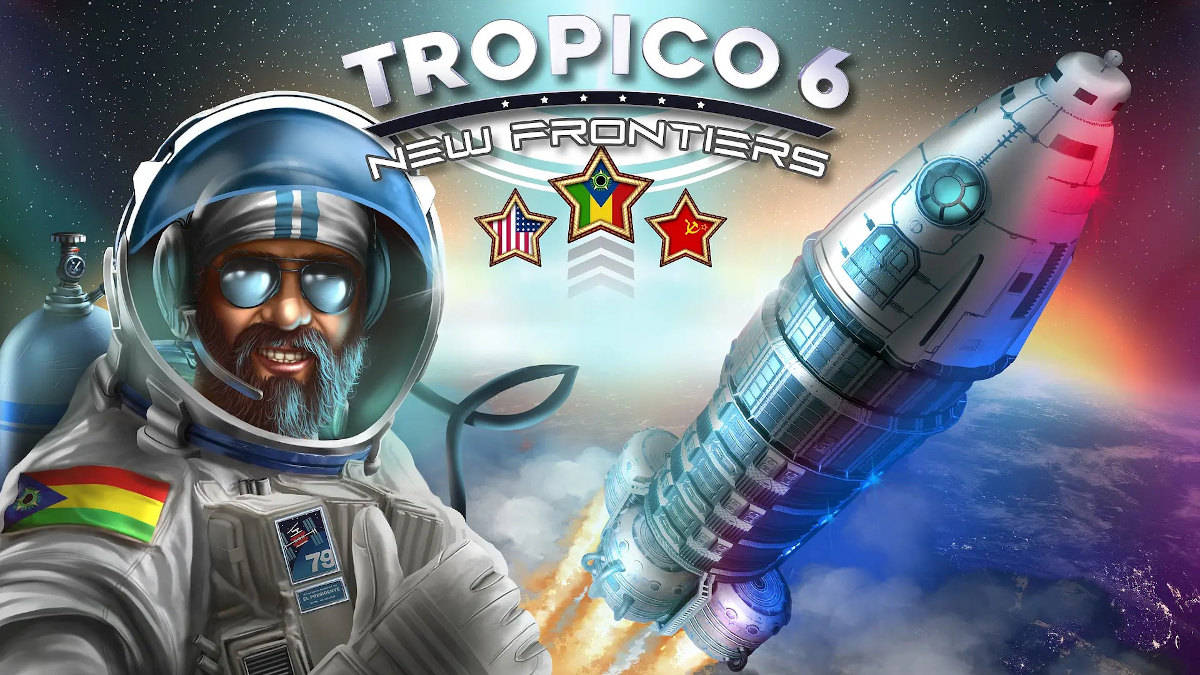 New Frontiers launch in Tropico 6 while continuing game support for Linux, Mac, and Windows PC. All due to the work from developer Realmforge Studios. Available on Steam, GOG, and Humble Store with a launch discount.

Publisher Kalypso Media and in-house developer Realmforge Studios are eager to announce Tropico 6 – New Frontiers is out now. While a certain billionaire is distracted by the chaos at Twitter. It seems El Presidente has decided that now is the perfect time for a little space exploration of his own. Due to truly to become the richest man in the universe. SpaceX who?

In Tropico 6 – New Frontiers, players are tasked with ensuring Tropico stays ahead. While being at the forefront of international competition. It’s a wide world out there and El Prez is taking his persuasion to galactic heights.
With the new Space Port Complex, players will take on launching Tropico into a glorious new future. Due to build rockets and delve into research. Take on the Space Race, walk on the Moon and setup the first Mars colony of humankind. Doing so with the all-new Mission Mars campaign. New characters, buildings, and edicts open countless possibilities to make more money. And also keep your citizens happy and improve upon that Tropican perfection. You can even customize a fresh look in New Frontiers for El Prez and his palace which is out of this world. But be warned, even with a stellar plan there is no greater risk than space exploration. So who knows what unforeseen chances await? You’ll need to be creative if you want to claim glory for Tropico.

Along with the just-released Tropico 6 update. El Prez is also happy to provide some new content for the citizens of Tropico. This includes bug fixes and a new free landmark, the Moonlander. As long as you vote correctly of course.

Tropico 6 – New Frontiers will also be showcased during the game’s first live stream. This is going to be live today, with the Developers, December 2nd at 10am PT/ 1pm ET over on Kalypso Live. A good time to chime in and show hype for Linux gaming.