New Mighty No. 9 gameplay including footage for Beck and sidekick Call 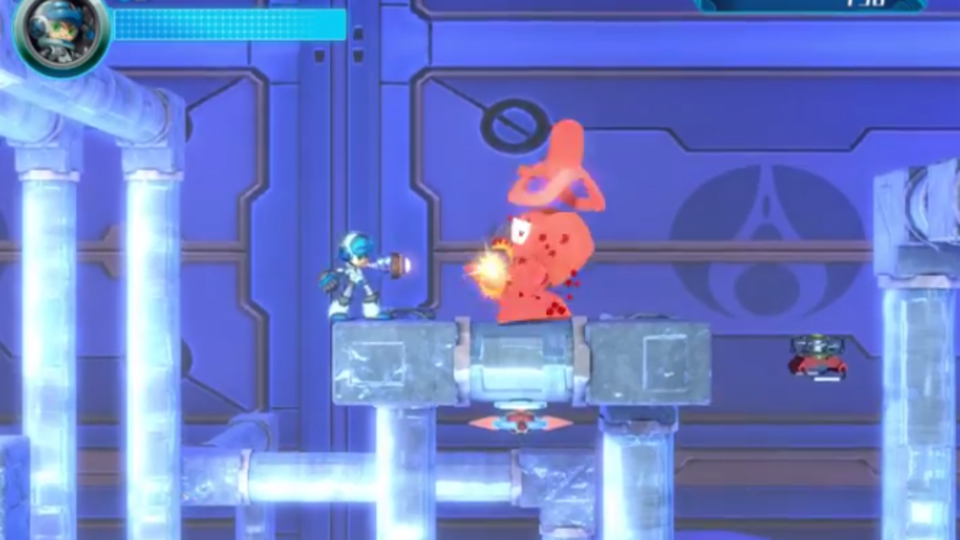 Mega Man might have the ability to change color when he uses the #powers of his vanquished foes, but has he ever been able to change his shape? The latest gameplay trailer from Mighty No. 9 shows new, blue robot Beck morphing into new forms based on his #weapon choice.

What powers can he adopt over the course of the game? The trailer shows him pulling out a bomb generated in his metallic skull, strapping a water tank to his back and a water valve jetting from his head, and of course, donning an obligatory ninja cowl. It’s purely an aesthetic difference, but it makes his powers more closely resemble recent Kirby games than Mega Man.

We also get our first look at two boss battles in which Beck takes on the frosty Mighty No. 2 and the heavily armed Mighty No. 5. These fights make my Mega Man nostalgia muscle tingle.

Around the 50-second mark, viewers can briefly ogle gameplay for Call, Beck’s equally-robotic gal companion. Like Beck, she can run, jump and scale walls, dash attack, well as propel herself across short distances with a jetpack on her back. Unlike Beck, however, she’s a little less excitable and is more in tune with her robot nature. A few struggles against elements like ice. Looks great, but we are  not sure if we dig the character model or not. Expecting something with a lot more character in his face, like Toon Link. Hopefully this is just a placeholder for now, and they go back and give him a serious overhaul.