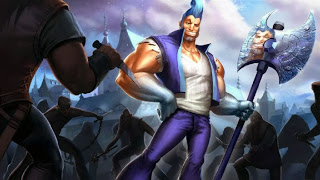 S2 Games have announced its new title Strife and its officially in closed beta. However it is now available for select Closed Beta testers across the world and will be #available to the public for #free in 2014. Gamers looking to get in on the closed beta testing can read on to learn more.


From the Press Release
S2 Games, developers of the free-to-play Multiplayer Online Battle Arena (MOBA) Heroes of Newerth, today announced its brand-new title Strife has officially moved into the first wave of closed beta. The beta is not exclusive to any specific country and a limited number of players throughout the world are now getting early access to the next-generation MOBA.

“Each part of our development process has been marked by intense planning, calculated execution and iterative design informed by feedback,” said Marc DeForest, CEO of S2 Games. “A natural part of this process is to solicit feedback from a slowly but steadily increasing portion of our fan base to ensure that the game we are creating resonates with our community.”

Determined to create a more connected multiplayer experience, Strife is focused on giving players an environment where they’re competing with enemies, not their own teammates. With a background of over six years in producing MOBAs, S2 has built a collaborative gameplay design that eliminates problems that have plagued the genre in the past. By using this development process, issues including battles over shared resources, arguments around designated roles and general in-team toxicity have all been addressed.

Strife’s closed beta is currently available to select Closed Beta testers across the globe. Strife will be available for the general public in 2014, promising a realm of conflict, competition and glory. For more information on Strife and how to obtain a closed beta code.

Strife from S2 Games' will be coming to PAX Prime 2013