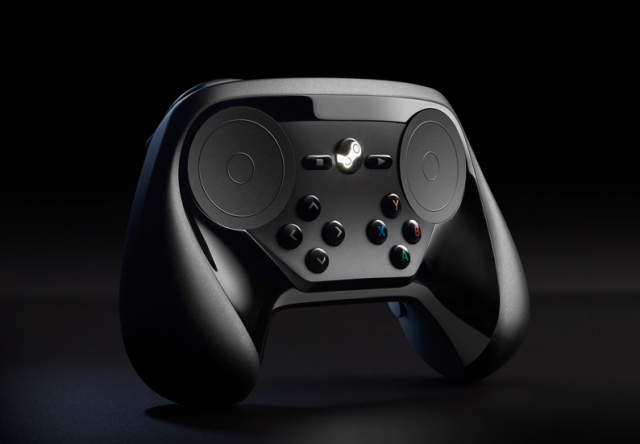 Valve revealed the rest of the #details for its new steam controller Friday, a few months after the company released a digital sketch Ars Technica reported.

“The latest version refines #ergonomic aspects of the Controller by adding two diamond-patterned button #layouts in the area previously designated for a touch screen display,” Valve told Ars Technia. “These analog buttons are offered in addition to the touch pads featured in the original prototypes.”

The updated image has individual buttons users that allow users to go to two different areas when playing video games on the device Ars Technica reported. The new arrangement has four buttons with either the letter X, Y, A, or B located on the right side of the controller that resembles one that comes with Microsoft Xbox 360’s game console in color and design Ars Technica reported.

There are now also two controls on the upper center part of the device, which before just had a touchscreen. The new options have signs for when gamers to stop something, or play it.

The controller, which Valve plans to put in all Steam Machine boxes, and individually will be on display during the Game Developers Conference Monday through Thursday Ars Technica reported.

Three hundred gamers tried out Valve’s game console in December according to a previous report from Cinema and Gaming Blend.

Several businesses were then scheduled to unveil a variety of set-top boxes Venture Beat reported.