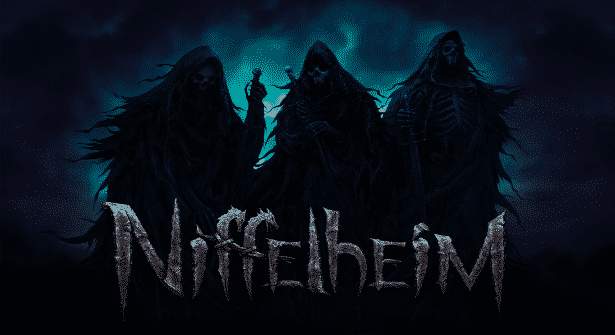 Niffelheim full release is coming to Linux, Mac and Windows via Steam games. Since the Early Access release back in April 2016. The games been in development ever since. Needless to say we reached out to developer Ellada Games.

When can we expect a full release?

According to a recent email from Ellada Games, “This Spring.” Which does indicate an exact release date. But still positive news.
Also, “the remaining two locations are complete as well. But will become available at the day of the game launch.” Which was indicated at the beginning of January 2018, with “The One-Eyed Wolf Forest” update. This includes new charaters, GUI controls, item balancing and game optimisation.

So for those who have not played Niffelheim. This is 2D action, exploration and crafting title. The games set in a dark Norse-themed world. And currently available on Steam’s Early Access for $19.99 USD. Although the 50% discount is ending soon.

Niffelheim combines beautiful hand-crafted art. Along with a massive over and under world. Which includes crafting to offer players, as they explore a land infested with evil.

Ancient horrors never die…and neither do you. Rise up and face Death’s demonic hordes. Fight against raging spirits in defiance of the cruel and ancient forces that rule the land.

Explore the darkness, battle the creeping evil – tunnel and search through the underworld, harvest food and resources. Explore eldritch caverns, set up a stronghold. Fight and trade. Hunt and build farms. Craft unique weapons and tools. Enslave an ancient force. Conquer enemy lands. March against the demons of death.

All this, and more, will be part of your experience as you play Niffelheim, the 2D action & crafting game, featuring a lavishly illustrated world, all crafted by our hands, but explored by you.

Niffelheimis available on Steam’s Early Access for $19.99 USD. While the 50% discount is ending soon for Linux, Mac and Windows. The full release is also coming this Spring. So stay tuned.