Night in the Woods release date confirmed by Infinite Fall 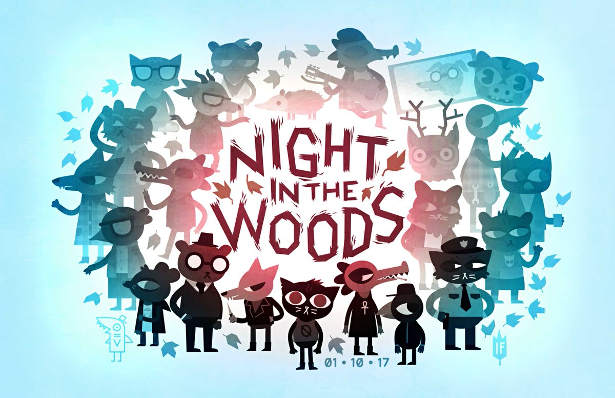 So Night in the Woods, the #Kickstarter-funded #adventure game finally has a release date. Hence the developers #InfiniteFall will release the game on February 21st on Linux, Mac and Windows PC.

While Infinite Fall first updated the Night in the Woods’ Kickstarter backers. Hence sending out a backers-only update with the release date. In the post, the studio said, “We are excited and actually almost done which is kind of nuts.”
The Infinite Fall development team outlines that their “grueling final testing/polish period gets rolling next week.”

Since February 21 does not meet that window of “somewhere in the first part of February”. Hence a time frame that Infinite Fall issued last month, when they announced the release push back. Since Night in the Woods had a previous release date of January 10th. During that time, the studio outlined the delay from difficulties of launching a multiplatform game. Hence the tiny three person indie team.

What is Night in the Woods?

Night in the Woods is a 2D story-focused adventure exploration game for Linux, Mac and Windows PC. Coming loaded with many extracurricular activities to enjoy, characters to meet, and secrets to discover. Run, jump and use astral projection to explore the many sides of town of Possum Springs and the surrounding environs. Waste time around town with your crew of loser friends. Gain abilities that grant passage to new areas. Discover the secrets of a large cast of characters and the town itself. Experience a big crazy world and the remarkable events unfolding there. Play bass. Break stuff.

So yes, Infinite Fall confirmed that the February 21st is the release date on all platforms. Hence Night in the Woods will be released via Steam on Linux, Mac, PlayStation 4 and Windows PC.

Night in the Woods update – now delayed until February

Night in the Woods story adventure launches on Steam and Itch