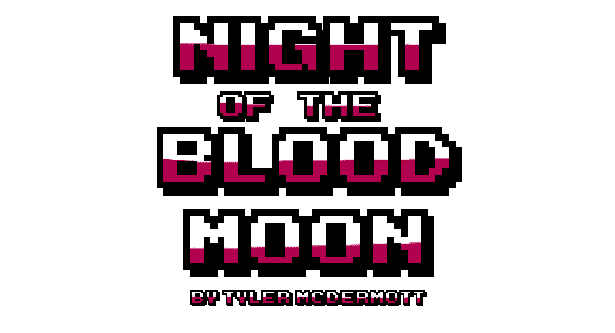 Night of the Blood Moon is difficult roguelike coming to Linux, Mac and Windows via Steam. But the games not releasing until January 21, 2019. Which is still a way off, but looks promising. Thanks to developer Tyler McDermott, in an effort to release his first game.


On Night of the Blood Moon take on the roll of a weaponized nightmare. Since you will be beating up the cute creatures of our dreams. Using unique weapons to demolish the loving manifestations as you grow powerful. Progressing and also conquering many imaginative lands. And of course defeating bosses that challenge your strategy.

Since other games place value on a high number of guns. Night of the Blood Moon puts it’s value on unique weapons, those that feel great in the hands of the player. And seeing ammo in is regained by killing the critters. You can face off against those creatures with a Boomerang, Hookshot, Crossbow, Bombs, Poison, and more!

Night of the Blood Moon also features a full levelling system with Rogue Elements. So like the Steam page says, you may be using the same tools each round. This will change due to the skill tree attributes you choose from.

While we sleep, cute dream monsters fill the dream realm to bring our minds happy thoughts. But no longer do you have to play as a hero beating up skeletons. Which is over rated to be honest. Now you can beat up all those fluffy things with their overbearing cuteness.

What’s also interesting are enemies in Night of the Blood Moon. Tyler McDermott designs foes to work on an orthogonal structure. They vary with speed and range. But each boss uses mechanics that players can defeat through trial, error, and understanding.

Pets are unlock able assistants in the dreams. Which is something I’m keen to see in action. Since earning a pet can dramatically gameplay to work in your flavor.

Night of the Blood Moon roguelike is coming in 2019. Which will release on Linux, Mac and Windows via Steam.

Night of the Blood Moon a challenging roguelike