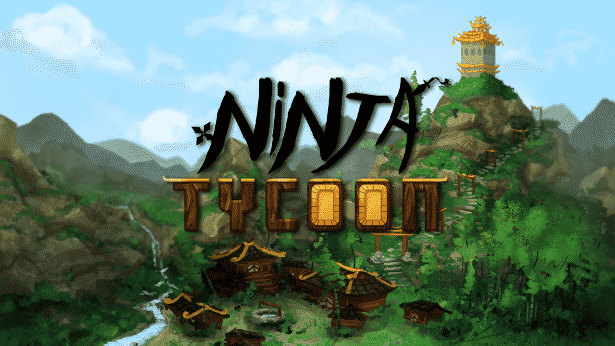 Ninja Tycoon the strategy management launches on Steam for Linux, Mac and Windows. This also includes a launch week discount until March 5th.

So the concept behind Ninja Tycoon is somewhat unique. Like most Endless Loop games, there is going to be an element of strategy and management. Which also means a unique element to the gameplay itself.

Since players have the task of managing a Ninja Village. The goal is to grow your base and army. While you work to amass the capability to Assassinate the local Clan Leaders. Or just take over the world.

Since this means planning and hiring workers. Players will also have to make sure their Ninja’s are trained. So having adequate resources and places for people to live. Setting up training facilities within the village. Placing them in the right location to keep things secret.
Also, this means setting up proper defences. Making sure an invading clan cannon wreak havoc to your village. So make sure you place your trained Ninjas wiseley. While you work plan your assault.

What is fun in the game, being able to recruit ninjas. Also hiring worker to build out my base. Then training up Ninjas and sending them on missions. Which works much better than say, having samurai.

Ninja Tycoon is now available on Steam, priced at $4.49 USD until March 5th. So that includes the 10% launch week discount. And of course this means support for Linux, Mac and Windows. NO official word on GOG or a Humble Store listing yet.

If you own my previous games you can get an extra 30% discount by buying through the bundle.