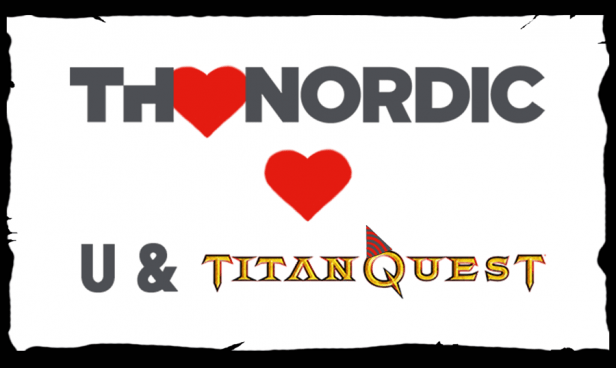 For all of you in possession of the Steam version of a Titan Quest title, check your #Steamlibrary. THQ Nordic released a surprise title on Steam, Titan Quest Anniversary Edition for the game’s 10-year anniversary and #gifts the game to everyone who owns either Titan Quest, Titan Quest: Immortal Throne or Titan Quest Gold in their own Steam. So, in numbers, more than 1 million people will automatically find the game in their library starting today.

Titan Quest Anniversary Edition contains both Titan Quest and Titan Quest: Immortal Throne, which has been completely reworked in terms of multiplayer, stability, performance, balancing, AI and much more. In rough numbers, this translates to roughly 1,261 changes to the original version 10 years ago.

Sadly Titan Quest Anniversary Edition has not been released on Linux. However, for all those die-hard’s out there, we have tested the game running Steam using PlayOnLinux, and it works nicely.

“What about the rest of us?”
“But what about those who do not have the game yet (because they were too young when it came it or had a really bad taste in games etc.) – don’t we get something for free?” we hear you scream.

One Question: “Why?”
Before someone comes around asking why we give our games out for free (or almost for free if you want), here’s a quick explanation: After our name change from “Nordic Games” to “THQ Nordic”, we wanted a running start for our new identity and had to think about how to begin the new era with the most positive connotation possible (for a publisher).

So, many months ago, we had a conversation in our marketing department which went something like this:

“Guys, what can we do to make people like us and stay with our brands?”
“Easy, we just have to be grateful. Remember, without them, we would be nothing.”
“And how should we show gratitude?”
“Free stuff… I guess. Everyone likes free stuff.”
“Well then, give them free stuff, for f***’s sake”

So, that’s basically where we are now.

In Germany there is a saying that goes “Schuster, bleib bei deinen Leisten” which can roughly be translated to “Cobbler, stick to your trade”, but as our graphics department is busy at the moment, we had to resort to our extraordinary Paint skills and drew the instructions of how you can get the Titan Quest Anniversary Edition for all of you choosing graphic novels over text books.

THQNordic offers 75% off the Titan Quest Anniversary Edition for one week. This means USD/EUR 4.99 for the whole lot (regular price after the first week: USD/EUR 19.99) until September 7th.