Northern Shadow is a #firstperson perspective #RPG where you can build and manage your own kingdom (#Linux, Mac and Windows PC). It has both sandbox elements, and a classical RPG story. The game starts after the great defeat of the Northern Kingdom, at the hands of an unknown enemy. Some of the survivors have travelled to distant lands in hopes of rebuilding the now fallen kingdom.

You can only control your own character. Build your city by talking to your steward, or workers and selecting an appropriate lot from a miniature map. Protect your surrounding lands by ordering patrols and giving special missions to your troops. Troop effectiveness is determined by their training and weapons/armor quality.

Your cities can produce different wares, which you can trade with other kingdoms if you wish, but you have to protect your roads and provide safe environment for traders first. Wage war or form alliances with other computer controlled kingdoms as you see fit.

It is all text based (no voice overs), but has an expanding story with many arcs.

The team behind Northern Shadow finally released their first developer blog, with some stellar Unreal Engine 4 screenshots. Click on the images to check them out in full size. Amazing. A very impressive looking RPG.

Check out the Developer Blog below:

In this new dev blog, we’ll explain why we’ve been silent for so long, and why the game was delayed.

Months ago, before we even announced Northern Shadow, we wanted to submit our game as early as we could, because we thought the process of getting greenlit would take months. Our hope was to get a greenlight around the same timeframe with the alpha finish date. We didn’t think the announcement would get the traction that it did. The amazing responses we got from everyone caught us completely off-guard, which is one of the reasons why we’ve been silent for the past few months, we weren’t prepared to keep up with the fast Greenlight tempo. The other reason requires a bit more comprehensive explanation.

We started game development in 2011 with UDK (indie version of Unreal Engine 3). We worked on lots of prototyping of different games and genres with it. In November 2013, we switched to Unity to have less restrictions on the prototype we’ve been working at that time. When we started working on Northern Shadow, Unity allowed us to make great strides in a very short amount of time. Light and extensible nature of the Unity engine was a good fit for us.

As the development progressed, we started having some issues. When working with a general purpose engine, some issues are expected to appear. Working around those issues is quite an acceptable compromise for us when compared to writing an engine from scratch. We ended up replacing or enhancing significant chunk of Unity tools, either by rewriting them, or by Asset Store. Biggest issues we had with Unity however were low level, and had no workarounds.

Main problems were the 32-bit editor and level streaming. Lack of 64-bit editor was the biggest issue, as it single handedly almost halted the development of content. We couldn’t open some of the maps because editor would run out of memory almost instantly due to the heavy amount of objects. Accidental clicks on some of the scene hierarchies would lock the editor up for minutes, and possibly crash it. Level streaming issues prevented us from dividing the levels into smaller sized chunks.

These issues started showing their heads around March, at that time, Unity 5 was announced, and had fixes for the exactly those issues. We were hoping that Unity 5 would be released before these issues became unmanageable. In hindsight, that was a mistake :). In June these issues did become unmanageable, we realized we were spending more time on solving these issues than we did on developing the game. Unity 5 being a black box at that time, with no release date and no info on the fixes/improvements didn’t help.

Back in March when Unreal Engine 4 was announced, we decided to stick with Unity, at that time the development cost of switching was too high, and we were still at that development sweet-spot that the Unity is at its best. As the issues accumulated, the cost of these workarounds started highly outweighing the cost of an engine switch. Which is why, even though after such a large amount of development, we decided to switch to Unreal Engine 4.

Unity is a great engine. And in fact, both 64-bit editor and level streaming issues have been fixed with the Unity 5, which became available for pre-orders a few weeks ago. Its just that for our specific situation, it was a few months late 🙂

That was a bit long, but after such a long silence, I think a more detailed explanation was needed. We couldn’t talk much these last few months, because we were switching to a different engine, and didn’t wanted to show it until was ready. But now we can talk about some of the new and exciting stuff!

We’ve completely redid the world. Originally we had 3 overworld zones that was 15sqkm big. We now have a single 103.4sqkm overworld zone that you can seamlessly travel. We’ve added seasons to the game, AI acts accordingly to them and your cities’ requirements change over time. Switch also gave us a free boost to eye-candy department with better Post-Processing, GPU particles, dynamic global illumination, and better Anti-Aliasing.

We are still away from the release, but it is getting closer (in fact, closest we’ve ever been!). We will be doing regular dev blogs moving forward. You can find the new Unreal Engine 4 screenshots in our Steam Greenlight or Facebook pages.

For more information, check out the Northern Shadow website. 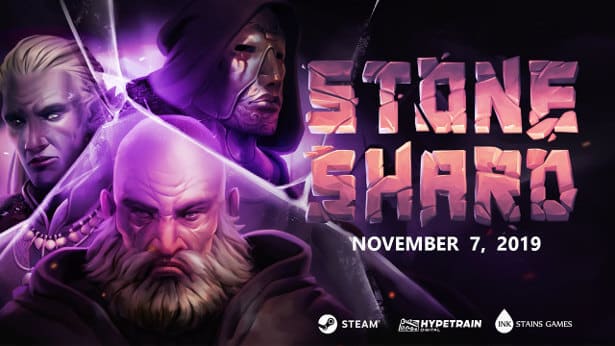 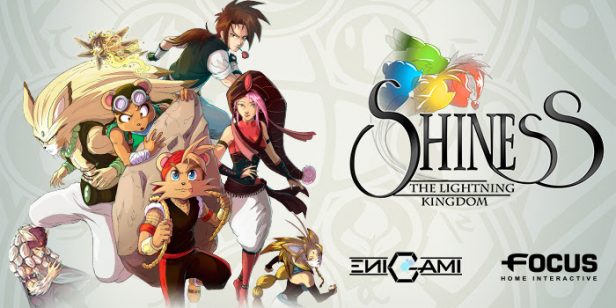