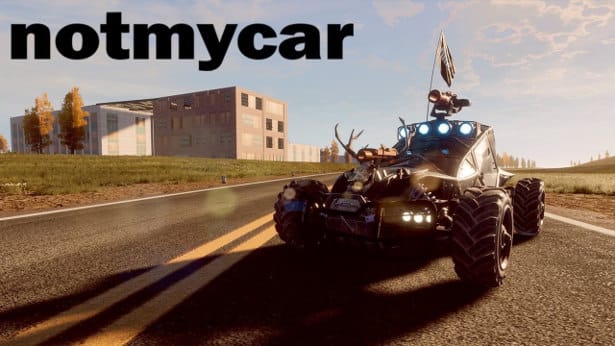 “The game was built with UE4 [Unreal Engine 4] – currently we don’t have plans for a Linux port as we are a very small team, but that could be something we consider in the future if there’s enough demand for it; we’ll just have to see how it goes and if we can get some funding to pay for it.”

So gameplay has players dropping into a massive battleground. While also using deadly weapons and abilities to battle your way through single-elimination combat. Trying to become the ultimate survivor. Outlast the competition through cunning, skill, and a little bit of strategy. Customize your ride to make it a beast of a vehicle to take on anyone, anytime.

So now NMC Studios today are announcing four weeks of new pre-alpha playtesting weekends. Players can get their hands on all the latest updates in notmycar starting this Friday and every weekend for the next three weeks. So playtesting is available via the Alpha signup page (Windows).

The full playtest schedule is below:

Since the sign-ups actually actually started last week. However, we are also just getting the reply now for Linux support.

notmycar is a white-knuckled, lead-footed multiplayer vehicular battle royale game. Since players drop into a massive battleground and use deadly weapons and abilities. Each person battling their way through single-elimination combat. While trying to become that ultimate survivor.

That is if you can also outlast the competition. So this means cunning, skill, and a little bit of strategy.