Oddworld: New ‘n’ Tasty publisher Oddworld Inhabitants has been pretty quiet about other #announced versions of the #game, following the release of the PS4 version in July. Now the team released a massive update concerning all versions. 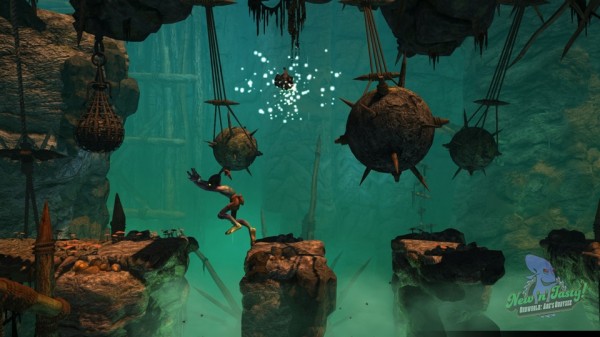 The publisher posted a detailed blog about the #Linux, Mac and Windows PC versions, the PlayStation 3 and Vita versions, the Xbox One version and the Wii U version.

Oddworld explained that it had recently showcased the full PC version of Oddworld New ‘n’ Tasty in Manchester in October, but the game is not yet fully optimised for all hardware, and as such it is still a couple of months away from release. This version will come with graphics options, controller support and rebindable keys. No date just yet, but it will take at least a couple more months, though here may be a closed beta on Steam in the near future.

“Fitting the expansive worlds of Oddworld New ‘n’ Tasty into the PlayStation 3 and PS Vita has proved to be something of a challenge. The relatively limited RAM available to us has meant we’re having to break down some of the huge scrolling areas seen in the PC and PS4 versions whilst ensuring we retain the same great gameplay,” reads the update

“We’re keen to have the PS3 version running smoothly at 720p and the PS Vita version at its native resolution, but this isn’t without some degree of difficulty. We know PS3 and PS Vita owners are desperate to get their hands on the game, but please rest assured we’re doing everything we can to make this happen to get it onto the PlayStation Store as soon as possible.”

The blog adds that there will be more news to share on those versions in the coming weeks.