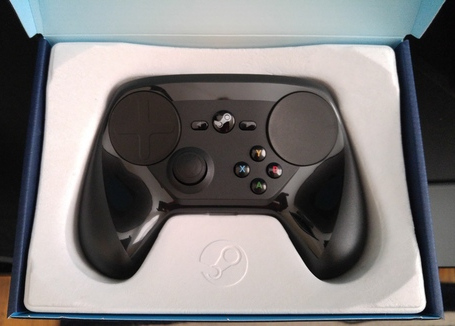 Steam Controller an official pre-release first impressions in Linux and Windows PC games. Having pre-ordered the Steam Controller. We were able to pick up the device early. Hurray for October 16th, to be exact. Along with a free Steam key for RocketLeague (Windows only for now). And of course, Linux Gaming News wants to give our first impressions.

That being said, this weekend is an experiment. Just getting our hands on the controller. Also learning how to use it was a great deal different from the Xbox360 controller. This is about an official Valve device. With a design to work with SteamOS directly.

Out of the box, the controller is rather impressive. Giving players the chance to go wired or wireless. Coming loaded with the USB cable and two AA batteries. A USB connector hub, and of course the wireless USB thumb drive. 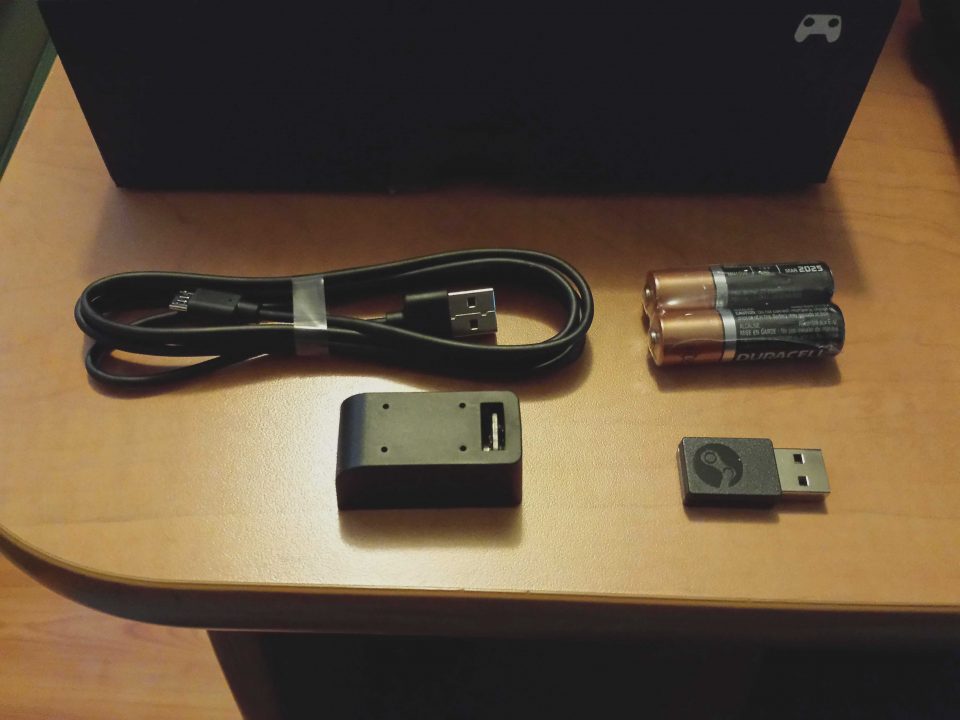 Naturally we opted for the wired solution, connecting the USB cable to the controller, then directly to the front of the PC. This was due to the (roughly 6′) USB cable length, which is not as long as say the Xbox360 controller cable already connected to the back of our test machine. 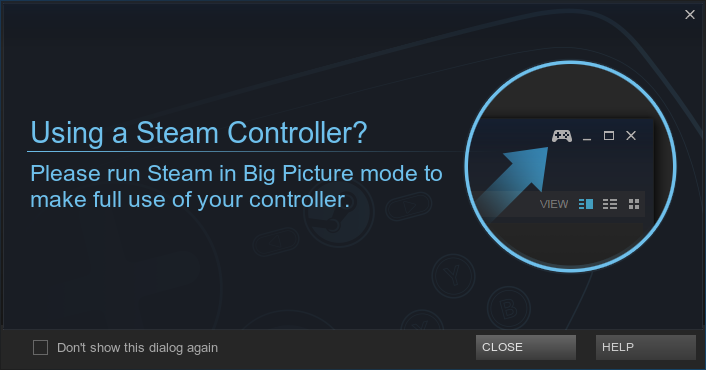 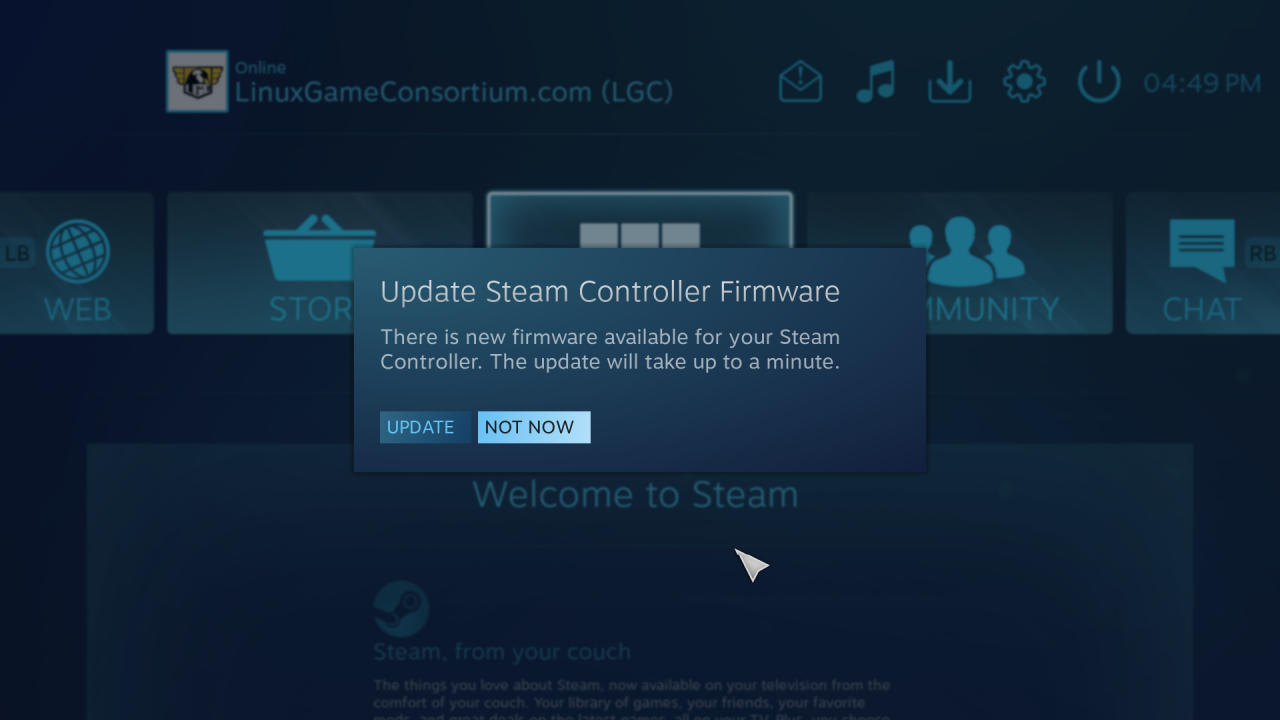 After launching Steam in Linux. The controller was detects immediately. Following an initial firmware update. Which I did not expect with pre-release access. So this was impressive to see for the Steam Controller. Valve has obviously taking consideration to early release users.

After we were up and running. The first thing that catches the attention. Being able to control the Linux desktop. Allowing the ability to skim through open email. Open and close different desktop apps, etc. And as you can well imagine. This was amusing for a while. Keeping in mind the Steam controller only works when you have the Steam client running. With surprisingly nimble controls. Navigating easily between both monitors and various application windows. 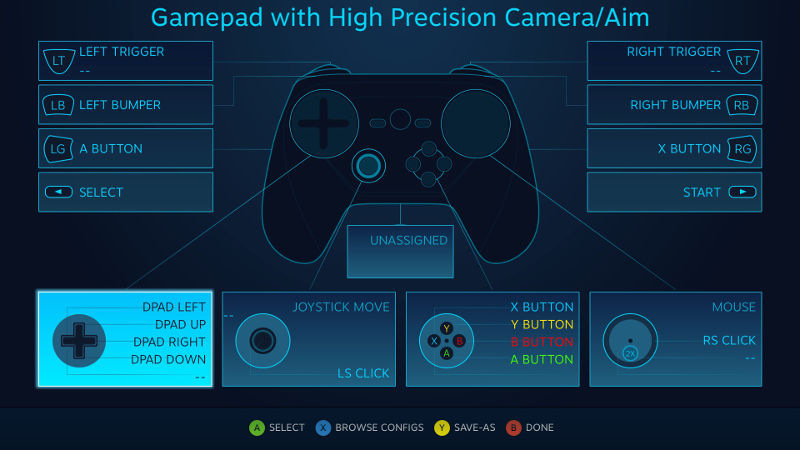 Navigating with the touchpad/aim in place of a mouse was easy. The texture and feel is comfortable. Wwith a slight haptic feedback. So even with somewhat sweaty hands. The functions is still very responsive. The touchpad/aim also has a solid press-click. We did not have an opportunity to use this feature. But first impressions pressing the button moves the cursor slightly. And no matter how careful you are. Which could play havoc for a player, being that the sensitivity is so high, a definitive pressure is needed to enable the click. So this is still a ‘wait and see’ function.

The D-pad itself was not really needed. Except first impressions making some menu selections in-game. At least for now. Most of which could be done using the Joystick. Which is in just the right position on the controller. With a slight haptic feedback. And the height of the joystick is shorter than the Xbox360 controls on Windows. With the top being more round like the Playstation joystick. All in all this gives the Steam Controller a very accurate response, making for some quick moves in Rocket League gameplay. 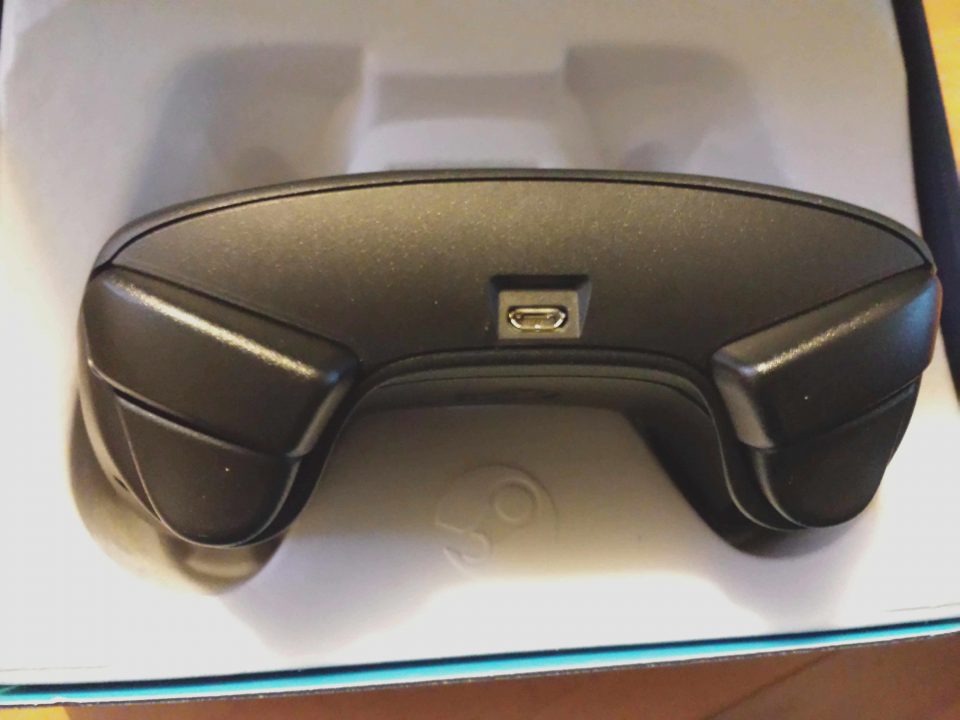 The two bumpers are ergonomically angled, but seem to require a bit more force than those on the Xbox360 controller. This is not a negative, but shows that Valves engineers put some thought into designing a rugged controller. Allowing the player to activate the control with a definitive click, which is more of a benefit to a player in-game. Especially with the response time on Linux and SteamOS.

The front trigger buttons are more of a lighter sensitivity. With a definitive click at the end. To the point where our first test with the controller had us guessing. How to activate functions? Such as double-clicking a game icon on the desktop. Where we realized pressing all the way in actually activates a function. Something the Xbox360 does not have. Giving the Steam Controller first impressions a more distinct feature.
The A, B, X, Y, buttons are smaller and located in an interesting position, something we were are not used too. Giving the user easier access with just a slight move of your thumb, a nice idea by Valve. 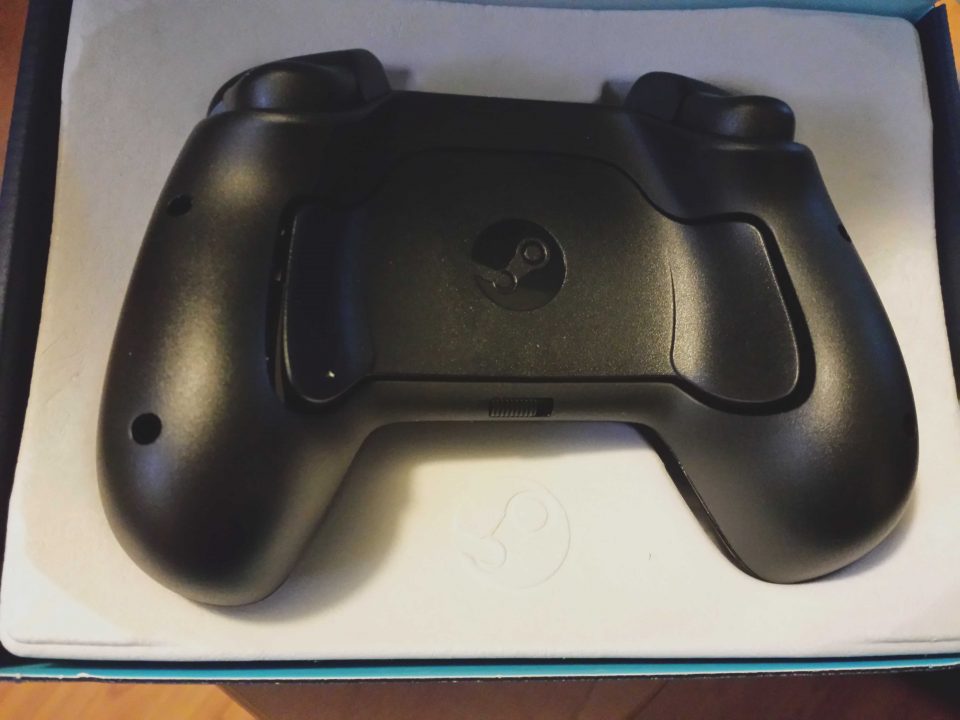 While the larger back paddle buttons underneath. This seems to give the Steam Controller an advantage. Better than most other game controllers. More useful first impressions when playing Portal 2. Allowing us to use the A button. Or the left-back paddle to activate Jump. Or using the B button or right-back paddle button. Since this is the Activate or Use items in game. Making functions quick and accessible on the fly.
It is quick to see where these back-paddle buttons could be used for a lean feature in an FPS game. Or say Braking in a racing game, such as the upcoming Project Cars release.

By far, the Steam Controller is more conformable than other game controllers. Sure we have all adapted over time. But Valve is going out of their way to design the product. ONe that fits nicely into your hand. A stable position with easy access. Which does not feel awkward. **sigh** Thank you.

One of our first tests. Using the Steam Controller in Big Picture Mode. Seeing how simple it is to navigate Steam. First impressions are surprising effective. The left and right bumpers were used to navigate the topmost menu items, where the joystick was used to navigate the on-screen items. And if you want to chat with a friend. Both the D-pad and the touchpad/aim work simultaneously to navigate the on-screen keyboard, which is a rather ingenious idea, also more tedious.
Do note, we are still playing with Big Picture Mode. Seeing what else we can uncover. But so far, so good.

One of our big tests came when we decided to start gaming, seeing we did pick up the Steam Controller before the official release. So the only two Steam games that seem to be fully playable with Steam Controller support is Rocket League and Portal 2. Gaving us the chance to test both the Linux and Windows functionality. And Linux of course takes the cake here, Windows seemed to lag a bit when activating the controller functions in Steam at first. Of course once Rocket League loaded everything worked as expected.

Being a brand new title for us. Rocket League gaming was a bit awkward at first. Things like learning how to air-jump. Which required double-jumping first impressions. A quick press to the B button then a second longer press. Yes it was one of those experiences.

All other functionality worked well. The lower profile joystick made learning how to steer, power slide and drive up walls much easier. Otherwise fit and feel in-game made controller response time faster than expected. Something we are still learning how to use.

While a game like Portal 2 is much more familiar and the Steam Controller feels right at home. Looking around using the touchpad/aim took a bit of getting used too. This also gives the player the advantage of doing a full 360 a lot faster, but also makes subtle movements a bit more tricky. Things like, focusing the reticle on a clickable button for example.

But for a game like Portal 2, it’s more of a pleasure to be able to have the functionality to look around quickly and assess the situation.
Either way, both games guide the player through the activation buttons for the Steam Controller. But even still, having the button mapping handy to learn the new button icons is recommended.

Over all the Steam Controller is a solid and well equipped design. The only disadvantage is the lack of games that are fully supported. We tried a couple of DRM-free titles. and a few games in our Steam library with mixed results. Even expected titles like Counters Strike: Global Offensive and Team Fortress 2 in Linux. But neither had Steam Controller support at all. With or without the Arch Linux USB fix. Which works on Windows.

Still this pre-release access to the Steam Controller has been a pleasure and a learning curve. Which is a solid thumbs up for a gaming device. One that is bound to make a difference, not only for Steam Machine players but also PC player running Linux as their gaming OS.
So if you are contemplating a purchase, know that there is a definitive advantage in gameplay. Valve has indeed designed a device for gamers, one that does not require a driver install, but keeps functionality straight forward and simple. Try it.

What are your thoughts on the Steam Controller? What else would you like to now about it?