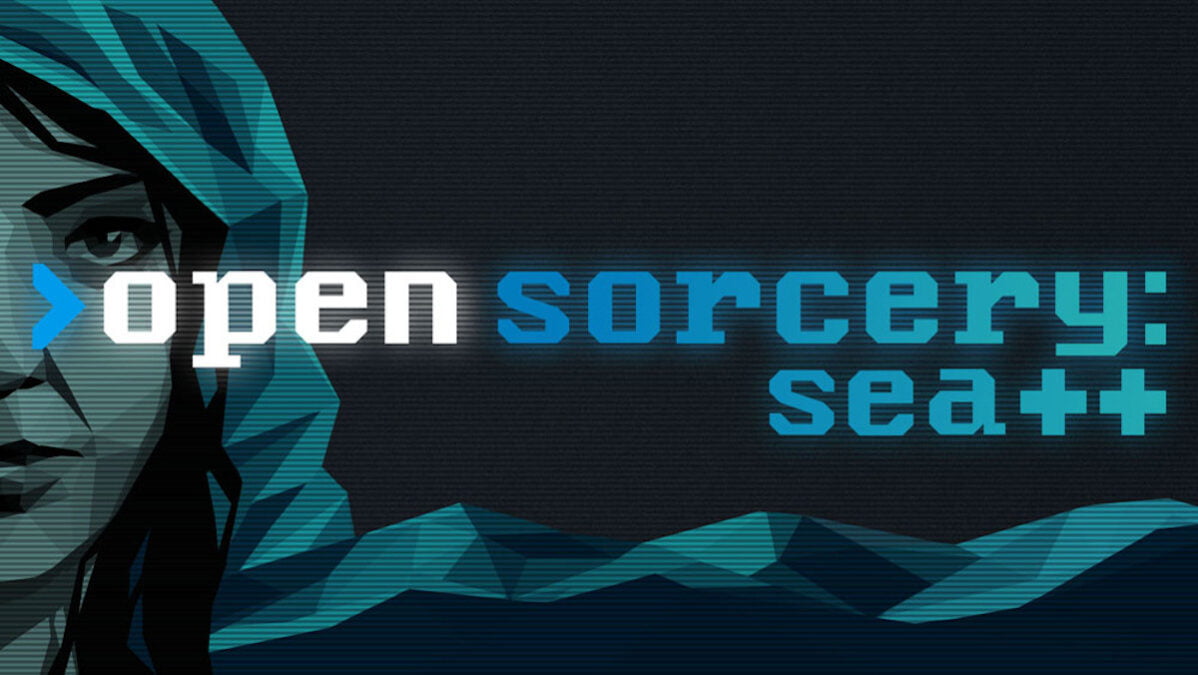 Open Sorcery: Sea++ adventure puzzler release on Linux, Mac and Windows PC. Thanks to indie game developer Abigail Corfman. Who is eager to share her new release on Steam.

The official release of Open Sorcery: Sea++ is now live. Which is a text based adventure puzzler about technology and magic. Also the anticipated continuation to Open Sorcery. As well as a critically acclaimed Indiecade Finalist entry from 2016. Check out the trailer below to get a first look.

Gameplay takes inspiration from classic franchises. Such as the Zork® and Wishbringer® series from the golden era of adventuring. While adding a modern user interface with a touch of resource management.

The Open Sorcery: Sea++ starts as you wake up at the bottom of the ocean. Surrounded by your broken memories. You can interact with a variety of strange beings. Like the wreckage hoarding Packet Rat. Also a polyamorous triad of ghosts haunting the seabed. Items and spells can be cleverly used to accrue power. Since you will have to work through 19 challenging worlds and travel back to your body. Sail the ocean beneath our world on currents of emotion.

Open Sorcery: Sea++ was produced by Abigail Corfman. Who is certainly a mix of talent. Being a freelance writer, game designer and software engineer. Designing the game a challenging. This is also the perfect companion for old-school fans of the genre. With its superb fiction and intuitive interface. Collecting items and spells to use cleverly and amass power. As a result, the game offers a retro trip down memory lane. Back when your imagination was the key to the best of games.

Open Sorcery: Sea++ adventure puzzler is available on Steam. Including support for Linux, Mac and Windows PC. Still offering a 10% discount until February 1st. Dropping the price to $13.49 USD.

Where is my family puzzler releases today

Sail Forth upcoming sailing adventure out in 2022