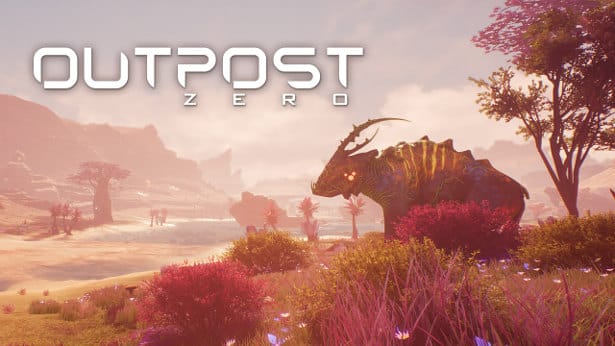 Outpost Zero is a first person release from symmetric games studio tinyBuild. While gaming looks promising the studio has not released platform support. So we reached out to tinyBuild directly.

“We’ll make an announcement about any additional platforms :)”

Since a Windows release is a probable expectation. This reply leads us to believe that Linux support will likely be in the mix. Seeing tinyBuild are not one to typically lead us astray.

So more about Outpost Zero, the games’ officially coined a sci-fi first person shooter with base building. This also means resource management and elements of survival. Where players take on the role of AI Overseer. Sent from Earth entrusted with the future of humankind.

Also tasked with establishing a habitat that can sustain human life. Hence that of a mysterious alien world.​
Sounds like Surviving Mars, right?
Personally, the style of gameplay and even the aesthetics reminds me of Planet Nomads.

Announcing #OutpostZero – A Sci-Fi Survival Multiplayer FPS where you colonize a planet w an army of AI bots. Imagine Starcraft in first person.
Watch the Trailer: https://t.co/uezq0iEa9Z
Sign-up for the alpha: https://t.co/nOfPXjJsr3 pic.twitter.com/yD8hzVXnX1

So Imagine playing Starcraft as a multiplayer Survival FPS. You land on a new planet, gather resources, build a base. Then move onto building an army of AI bots to help you in your quest. So then you take this army to your neighbor’s base, and start a war. This is Outpost Zero. Hence the new multiplayer survival FPS from Symmetric Games.

Also, check out the Official website for more announcement information and sign-up for the alpha release. Since we do not have formal Linux confirmation yet. tinyBuild are not one to let us down when it comes to Linux gaming.

Would you play the Linux release? What are your expections for the gameplay?