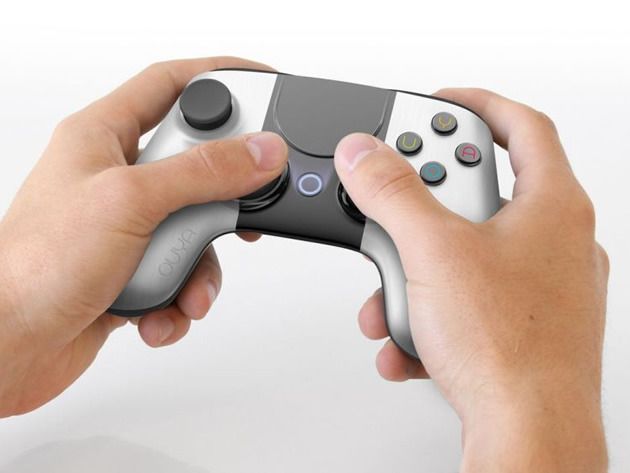 The first thing you notice about OUYA is that, unlike everything else stacked under your TV, it’s not a massive box that just sits there collecting dust. Rather, the Yves Behar-designed OUYA is a small and elegant piece of hardware that deserves to be on display.

Don’t let OUYA’s small size fool you, though – it was built using technology similar to what powers our smartphones and tablets, (with a bit of tweaking to the quad-core 1.7ghz processor) and is driven by Google’s open-source #Android 4.1 #Jellybean operating system. And Cult of Mac Deals has the OUYA for 32% off the regular price – only $85.

Please note: This offer is only available to customers in the continental United States. The sale price includes shipping and all sales are final.

Born out of the philosophy that you don’t need to have a big budget to create or play an entertaining video game, OUYA isn’t meant to compete head-to-head with the PS3 or XBOX 360 (or their newer siblings). Rather, they believe that everyone should have the tools and a platform to create and play games – which is why there are over 660 games (including content from game publishers such as Square Enix and NAMCO Bandai) to download and play on OUYA today with more coming all the time (and it’s only six months after launch!).

In this package you’ll get the OUYA game console with 8GB storage, 1080p HDMI 1.4, USB, 802.11b/g/n, and Ethernet, one OUYA game controller with AA batteries included, a $25 Digital Coupon for purchasing games (you’ll receive this in your user account after your purchase is confirmed), and access to a fast-moving, open-source gaming community. (Keep in mind that you’ll need a TV with an HDMI input to use the OUYA.)

The highlights of the OUYA include the following:

Beautiful and powerful hardware aside, OUYA’s open-source platform and network of over 31,000 game developers ensures that you will literally never run out of new games to play, what else could you want from a video game system? Pick up your very own OUYA for just $85