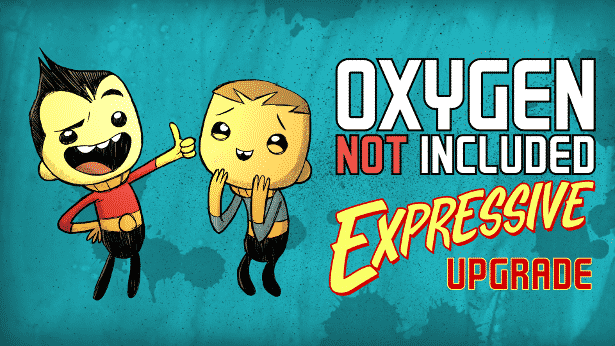 Oxygen Not Included new Expressive Upgrade bring more to base building survival on Linux, Mac and Windows. Since being thrown together by cruel cosmic circumstance.

So now the Duplicants of the colony have weathered incredible hardships together. And also come out the other side as stronger friends for it. Now armed with their new talents of self awareness. Which also means compassion and extreme friendliness.
So now our intrepid Dupes are now fully commit to supporting each other. Helping to better life in the colony – the good times, and the bad.

What’s New in the Expressive Upgrade?

Duplicants have new powers of self expression and are now more aware of the colony, themselves, and even their peers. New animations, expressions, and interactions are current additions to help the Duplicants convey what’s happening to and around them.

As part of their new self-awareness, Duplicants have become concerned about about their Morale. Just because they’re secure under miles of rock and slime (and half of them have embarrassing GI problems) doesn’t mean they can’t be happy!

Klei just keeps adding Oxygen Not Included and the new Expressive Upgrade keeps gameplay interesting. While supporting Linux, Mac and Windows via Steam. Which is a great games on Linux.

Oxygen Not Included gets a Cosmic Upgrade