Having played many of the #arcade #classic‘s, very view would probably ever consider combined two of them. Pong was a cornerstone for #gaming, but there’s not much to the gamplay. So here is where Pacapong comes in.

Pacapong takes those classic games and mashes them into one title that works rather well. Two players, one controlling the yellow bar on the left with WASD keys and the other controlling the red bar on the right with arrow keys. Now instead of using a ball between two bars, a Pac Man maze awaits. As you can see in the image abobe, a Pac Man is shot back and forth, where you compete to see which side eats the most pellets.

ZQSD work as well as WASD

M mute music (why would you do that?)

Players will want to avoid the Pac Man ghosts while eating dots. But the Pac Man can also eat tiny Space Invader icons. So when one or more of these are eaten by Pac Man, the same number of Space Invaders ships will come down from the top of your screen to attack your bar. This is both weird and cool, admit it. 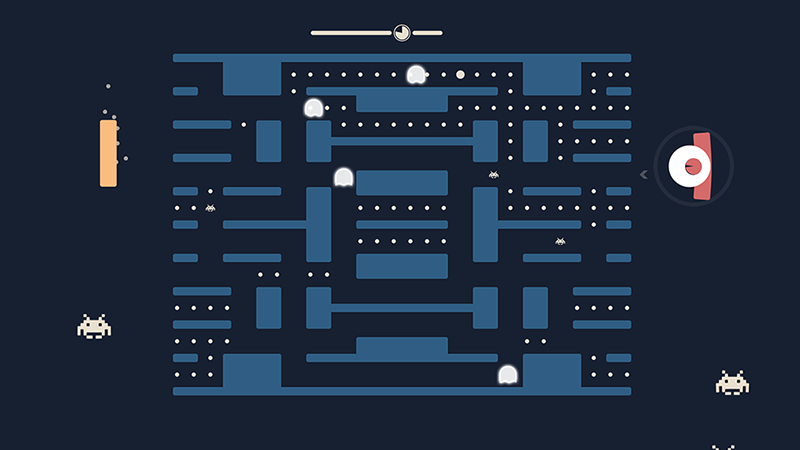 Pacapong runs in crystal-clear 1080p at 60 FPS. Offering gamepad support if you prefer to play with a controller instead of your keyboard.

Pacapong is the work of a developer known as kingPenguin, who submitted Pacapong to the gaming competition mini Ludum Dare 58. Which tasked developers to create a game over the course of a little over a week using the theme of “Pong.” The best part is, the game can be downloaded free and enjoyed right here for Linux, Mac and Windows PC.

Linux: you will have to enable “allow executing file as program” for the “runner” file, under properties/permissions. Or just change it manually using “chmod +x runner” as user.