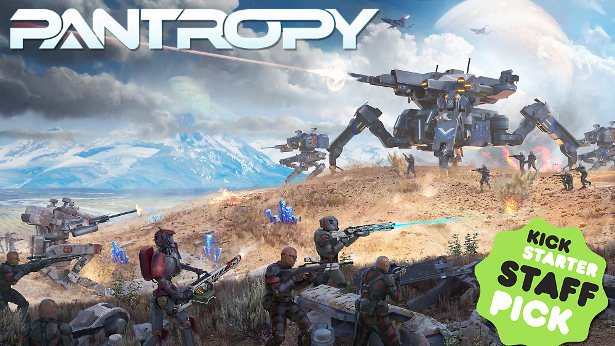 Pantropy, a Sci-fi Mech FPS Hybrid with RPG elements on Kickstarter for Windows. Also including strong PVE and PVP gameplay. Officially rebooted their Kickstarter with a goal of 20,000 €. The campaign quickly met a 30% funding goal. All within the first hour and now almost doubling their goal. Brainstone Games GmbH is planning to launch on Steam Early Access. Which is also coming sometime in Q3 of 2018 post crowdfunding success.

So really, almost everything in Pantropy needs to be crafted. Missions assigned in the game are designed to dynamically react to the player and influence the world around them. Similar to what you would expect in Planet Nomads. But the environment and details are gorgeous.

“PC Windows for now. We´ll consider Mac and Linux after Steam EA and if the sales justify it.”

So due note, the games using the Unity 3D game engine. Therefore native platform support should be a given. However, being that development can be a distinct process. This means that we will have to wait until closer to full release to see support. Something not entirely uncommon. So make sure to add the game to your Steam Wishlist.

Pantropy also features an “Anti-Offline-Raid System”. Since this protects your base from getting raided and destroyed offline.
In addition, the “Friend or Foe Faction System”, gives players the ability to team up with friends. While lending them the ability to identify menacing foes inside their own faction. Also banning them and even placing bounties on their head. The mech FPS game is set-up to reward for good behaviour. Since players can rank up in reputation or decreasing depending on the player’s individual behaviour.

“We added this system to reduce frustration and to increase the cooperative gameplay experience for our players, we strongly felt a clear 2-Faction system was not present enough in other games out there on the marketplace today,” says Sebastian Kaulitzki

So there you have it, Pantropy. You can back the project knowing that Linux support is coming. Which seems rather definitive, seeing the above statement comes directly from the crowdfunding campaign. Which also happens to be 166% funded.