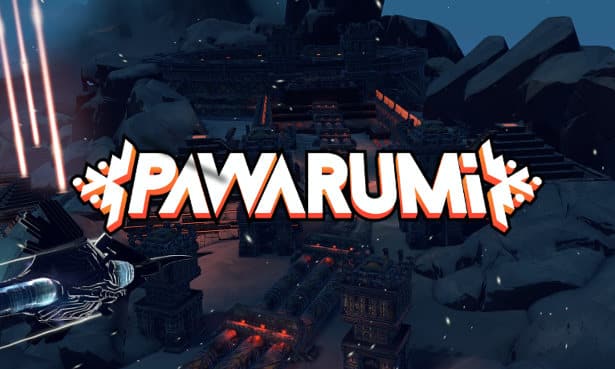 Pawarumi now has an official release date for Linux, Mac and Windows via Steam games. Manufacture 43 is releasing Pawarumi on January 30th, 2018.

Since the games two years into the making. The creation takes on the spirit of 90’s arcade games. Ideally to appeal to shoot’em up hardcore fans and newcomers. Which could be the true heir of legendary titles like Ikaruga or Radiant Silvergun.

With Housemarque (Resogun, Nex Machina) giving up on shoot’em up development. It’s up to other small indie studios to keep on carrying the torch. So in 2018, coming up with an original shoot’em up is a tough challenge. Since it is the mother of all action games after all.

So between all the clones and variations of 1942, Touhou or R-Type. You might think that is pretty much impossible to bring in new ideas. Well just like music having a finite number of notes. But also an infinity of melodies and arrangements. Pawarumi manages to find its own chords in the genre.

So the french developers of Manufacture 43 found inspiration. Hence the age-old game, rock-paper-scissors. Twisting the classic concept, the team created a game system called the Trinity Mechanic.
Also by shooting with the right coloured weapon on the correct coloured enemy type. The allows a player to choose between maximizing damages. Charging a devastating super attack. And also healing the shield protecting your single life.

Blending pre-columbian inspirations with 90’s pop culture. Along with colorful 3D graphics and the powerful original soundtrack. This will carry the players through their first contact with the game. Tight level design will also tease your brain. Huge and intense boss fights will test their nerves. And don’t forget the delightful explosions. Since these will reward players in their progress. The game system allows for an infinite variety of strategies. Game over will not last for long.

During the two years of the development, Manufacture 43 traveled all over the world to showcase the game, from Bordeaux to Tokyo. Through public events, closed beta programs, a successful kickstarter and a short early access on Steam, many gamers, not necessarily shoot’em up fans, applauded Pawarumi. While being already very fun, each new public demonstration brought plenty of feedback to the creators, helping them shape the game to what it is today. As a result, Pawarumi achieves the goal of being accessible to newcomers as well as being satisfying for die-hard fans of the coin-op experiences.

Pawarumi is set to release on Steam for Linux, Mac and Windows, January 30th, 2018. The games also finally ready to be played by everyone.