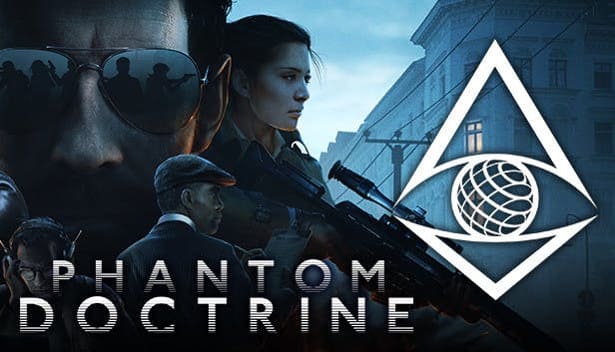 Phantom Doctrine a turn-based tactical Cold War espionage game but the games Linux support is not justified. We are working with Good Shepherd Entertainment and independent developer CreativeForge Games. Who are also the creators of Hard West for Linux, Mac, Windows and consoles.


Set in 1983 during the Cold War, Phantom Doctrine is an alternate history thriller. Where players lead The Cabal, a secret organization dedicated to fighting a global conspiracy committed to controlling the world. Who are pitting world leaders and nations against one another.
Deception is the great equalizer as players will have to operate from the shadows to exploit every vulnerability. While ruthlessly interrogating and brainwash enemies and allies alike. Working to create double agents, saboteurs or unwitting collaborators.

That all sounds well and good. And the games request for Linux support in the Steam Discussions is getting some feedback. But I’ve been waiting for the Linux port, or at least some positive news for a while. However, CreativeForge Games have some disappointing news.

“I’m afraid a Linux port of PD doesn’t seem very likely at this point. We released our previous game, Hard West, on Linux (GOG & Steam). Despite the market being much less saturated and the game getting good reviews, the audience was really tiny. With Phantom Doctrine being a much more complex project, we can’t justify the effort to port and maintain a Linux version at this time.”

So once again the small market share dictates a lack of native support. And even though Hard West has some great reviews and player feedback, it still comes down to the numbers game. And CreativeForge outlines the Linux audience as “really tiny”. Which leaves us to Proton support for Phantom Doctrine, where the games functionality seems to vary. And yes, I was hoping for more positive news going into 2019. The Mixed reviews on Steam could also have an impact on this decision.

The concept behind Phantom Doctrine gameplay has players developing and defending their base of operations. While recruiting agents from the world’s many factions, and research new tech to give your operatives the advantage. The campaign missions deliver sprawling tactical encounters that revolve around two key pillars. So things like stealth and explosive or all-out attacks.

Your team of operatives can be deployed into the ﬁeld either fully armed or disguised as civilians. Since you allowing them to inﬁltrate dangerous areas undetected at the expense of heavy weapons and armor.

Phantom Doctrine is currently available priced at $39.99 USD on Steam, GOG and Humble Store. But only available for Windows as of August 14th, 2018. So again, results using Proton via Linux will vary.