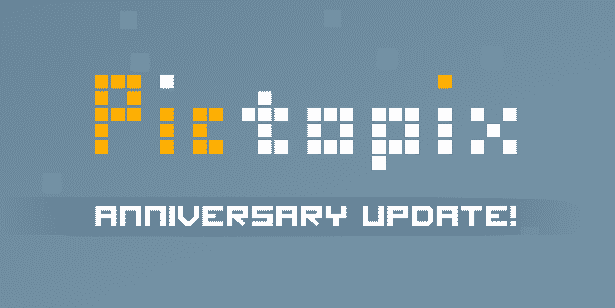 Pictopix and the Anniversary Update is now live on Steam for Linux, Mac and Windows. The games available on both Steam and Humble Store. While this big update is something we announced a couple of weeks back. Which Tomlab Games have finally released.

So according to tests and calculations. The time to solve the 45 new puzzles is longer than all 155 initial puzzles. Also the games the total playing time is more than doubled. All with this Anniversary Update. Therefore hopefully you will be happy with it.

“Also, some players want to play a DRM-Free version of Pictopix on gog.com. It’s quite possible to envisage this. Even if the game will lack the Workshop. I could leave the puzzle editor in there. I will study the question before contacting gog.com. In the meantime I suggest you show your interest in Pictopix by voting on this topic created by a player.”

So Pictopix and the Anniversary Update releases for Linux, Mac and Windows. The games available on Steam and also Humble Store priced at $6.99 USD.