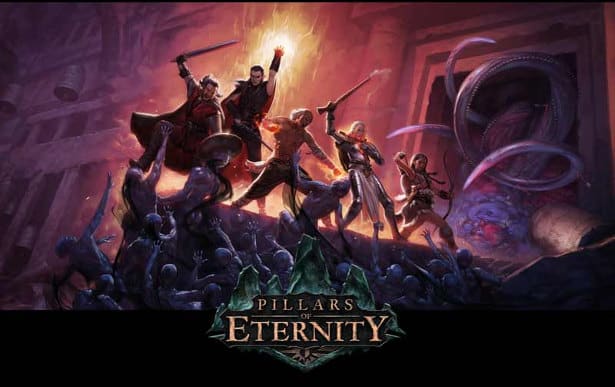 For whatever reason it seems there is always someone who plays the troll to Linux gamers. At least according to some game developers who support Linux but do not really see the value in it. That includes Pillars of Eternity developer Obsidian Entertainment, a gaming studio who are veterans in game creation, even going as far back as the Black Isle Studios days.

“I don’t think it was worthwhile developing for Linux,” Brandon Adler, lead producer outlined in response to questions gathered from Twitter for a PC Gamer interview before PAX Prime. “They are a very, very small portion of our active user base—I think around one and a half percent of our users were Linux.
“It wasn’t a huge drain on us,” he added, “but there were a lot of problems.”

Which seems to be a contradiction in terms with Obsidian Entertainment. “Getting it up and running on Linux wasn’t that bad,” Adam Brennecke, the lead programmer for Pillars of Eternity added. “There’s a lot of other logistical problems.”

Brennecke went through a long list of issues, even for a veteran studio like Obsidian, which outlines Linux as a less desirable platform for game creation. Despite the fact that the team had to learn to develop for Linux and Mac as they went along, with obviously daunting challenges. Following by fixing bugs, even though Pillars of Eternity was developed using the Unity engine, noted for being able to develop games on multiple platforms. And given the fact that native game development is still somewhat new, it should be outlined that this is the first Linux port for the Obsidian.

“[Developing for Linux] wasn’t a huge drain on us,” Adler later  continued, “but there were a lot of problems.”

One of the more painful challenges involved work that went into building the beautifully detailed world of Pillars of Eternity. Brennecke said that each of the hundred or more backgrounds in Pillars of Eternity were rendered using Maya, a 3D modelling program available for Linux, Mac and Windows PC.

Pillars of Eternity was one of the big Kickstarter titles, raising nearly $4 million on the developer’s promise to “recapture the magic, imagination, depth, and nostalgia of classic RPG’s that we enjoyed making – and playing.” A PC exclusive game that released for Linux, Mac, and Windows PC at the end of March this year.

Linux still has a lot going for it. A stable, highly customizable, and flexible operating system that can handle about any role you can throw at it. Outside of some enterprise applications, Linux controls a long portion of the server market and a growing PC market.
Considering the successful push to deliver more Linux support for games, largely thanks to Valve’s Steam Client and SteamOS. The number of native gamers have been in fluctuation ever since release, but we have seen a significant number of studios that continue to deliver native support. Largely thanks to the Unity engine, with Unreal Engine 4 and soon CryEngine 3 following suit. So the market is still relatively new but growing very fast, with over 1400 Linux/SteamOS games so far.

The way we see things at Linux Game News, native gaming is starting off similar to the way Android hit the mobile market, with a small application list that grew steadily as development evolved. Starting with the tech savvy audience and growing into the mainstream market.

If anything, this outlines an obvious negative mark for Obsidian Entertainment and their view of the growing PC gaming market.