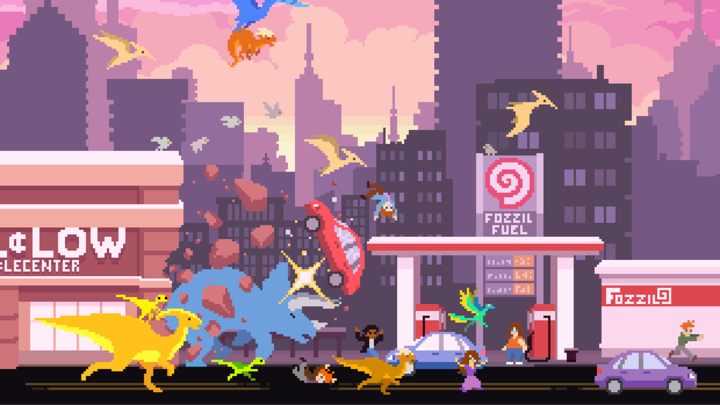 #DinoRun developer Pixeljam arrived on Kickstarter this week to crowdfund a sequel to the #retro-styled #platformer.

According to Pixeljam co-founder Rich Grillotti, a Dino Run is a “prehistoric, multiplayer, apocalyptic, dinosaur platformer game that also involves some exploration, action, adventure and, of course, a pyroclastic wall of doom that will pretty much crush and destroy you if you don’t escape.” If funded, Dino Run 2 will expand on the original with several playable dinosaur types, each with their own strengths and weaknesses and realtime multiplayer. The game, which is in development for Linux, Mac, Windows PC and Ouya , is scheduled for release in December 2015. A pledge of $10 will secure backers a DRM-free copy for Mac, Windows PC or Ouya if Dino Run 2 reaches its crowdfunding goal.

As of this writing, Pixeljam has received $17,644 in pledges of its $175,000 goal from 516 backers with 28 days remaining. You can check out the developer’s Kickstarter pitch in the video below. You can also play the original Dino Run on Pixeljam’s official website.

For more details,  check out Dino Run 2 on Kickstarter