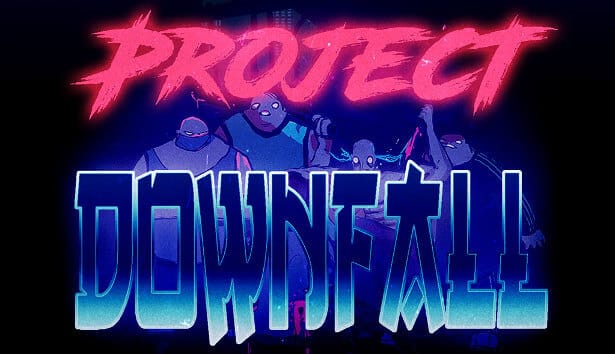 Project Downfall reflex based shooter releases on Windows, but looking at Linux support. Thanks to a recent comment from developer MGP Studios. Who just released the title on Steam Early Access.

Project Downfall is a retro-style, cyberpunk, reflex based shooter. Which also comes with adventure elements. Where the key to successful gunplay is to use cover. And also your pills, at the right time in any given situation. And with that said, what about further platform support.

“Engine is Unity. Linux support might be a possibility. But can’t vouch it’s certain at this moment. I’ll get back to you if anything changes in this regard.
We will try making a build the earliest around mid April.”

You can see the comment in the Steam Discussions. And Unity 3D support certainly helps Linux gaming. So free to share some Tux Love. Throw your +1 or Linux support comment in the mix.
Here’s hoping we see a native build. Even though the games in Early Access. It would be a great to have another shooter. And Project Downfall is kind of a trippy one.

Welcome to a vision of the world on the edge of decay. A world in which we have the biggest political and economic clash. Well at least since the Cuban Missile Crisis. The European Union is in disarray. France and Germany are each in their own brutal civil wars. Poland and Hungary, on the other hand. They are part of the Novorussian Federation. Welcome to Project Downfall.

So the new political power triggers the creation of its exact opposite. The Pact of the Transatlantic States. Also coming to life under the supervision of the United States. Hoping to stop the crisis. And become an alternative for an already weakened European Union.

To save declining government budgets. Those in charge have start to look for ways of getting more from citizens. Those already exhausted to the limit. And they have finally come up with a seemingly perfect solution: med’s.
So that everyone capable of working. Now forced to routinely take medication. Prescribed by doctors in the newly adopted law. Since the meds program is aiming at creating a more efficient workforce.

Nothing comes without a price though. All chems have their side effects. And also sometimes just a tiny dose is enough. Just push you down the path of no return in Project Downfall. One that will prove to you that an overdose of reality can have dire consequences.

Self-medicated and low on ammo with no time to reload in Project Downfall. At least while facing an enemy reloading right in front of you.
Dash up to him and smack him with a self-medicated kick to send him flying. Dodge incoming bullets for a score multiplier. And rip enemies to shreds. Since you have a huge arsenal of weapons. Including several different shotguns and minigun. Also a berretta, a katana, and even a lead pipe.

Project Downfall reflex based shooter is on Early Access. This also includes a week long 30% discount. With a regular price of $15.99 USD / €12.39.