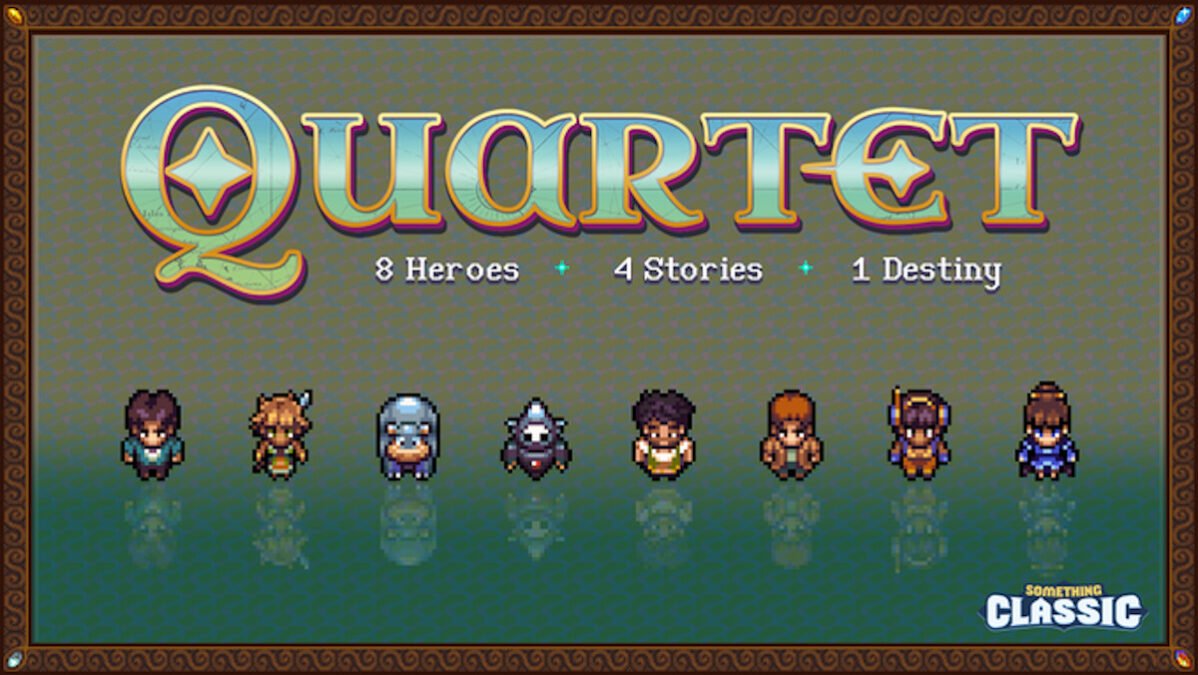 Quartet retro-inspired JRPG games releases on Kickstarter with a Demo for Linux, Mac, and Windows PC. Thanks to the creative efforts of developer Something Classic. The crowdfunding campaign is live already almost 40% funded.

Quartet, the second retro-inspired JRPG from games studio Something Classic. The Kickstarter is live until September 30th, 2021 and due to raise $35,000 USD. A spiritual successor to Something Classic’s 2017 release, Shadows of Adam.

Quartet lets players control eight characters across four stories that gradually merge into one epic quest. Since backers on Kickstarter can opt into a variety of rewards. They range from copies of the game to higher level rewards. Due to further rewards like the chance to design epic gear or craft an NPC. You can also write a whole quest.

“Shadows of Adam was a success for us,” says producer Tyler Mire. “But we learned so much from the experience and the user feedback. We’ve put everything we’ve learned into Quartet to make it so much bigger and better than our last game.”

From the steampunk inspired streets of Leornia. All the way to the airship battles that rage on the battlefront of the Auslen Empire. Quartet takes players on an adventure they will never forget. While you meet a remarkable cast of characters. These include a snooty mage and a disillusioned soldier. There is also an irreverent cook, a troubled shop girl, and a sentient water mammal. Plus a dashing doctor, a magical cop, and an ancient golem. So you collect oodles of powerful gear for your small army of heroes. All while unfolding an ancient plot that literally reshaped the world centuries ago.

Quartet retro-inspired JRPG games is out on Kickstarter crowdfunding campaign. Which also releases with a playable build for Linux, Mac, and Windows PC Demo. Offering a choice of Steam key or DRM-free copy for the December 2022 release.