Railway Empire Roadmap of free updates Roadmap announced for Linux and Windows. The games still in active development. While all great tycoons work to stay ahead of the game. It’s time to re-evaluating strategies and prepare for the future.

Following on from the second most successful Steam launch in the company’s history, after Tropico 5. Kalypso Media is eager to reveal a roadmap of free updates for Railway Empire. The first of these updates arrives now on Steam (full changelog).

While the new hit tycoon sim has received very positive reviews. Kalypso Media and developers Gaming Minds are collecting feedback from the community. And working hard on a series of free updates to further improve on this foundation. These will be released in the next couple of months based on the Roadmap. 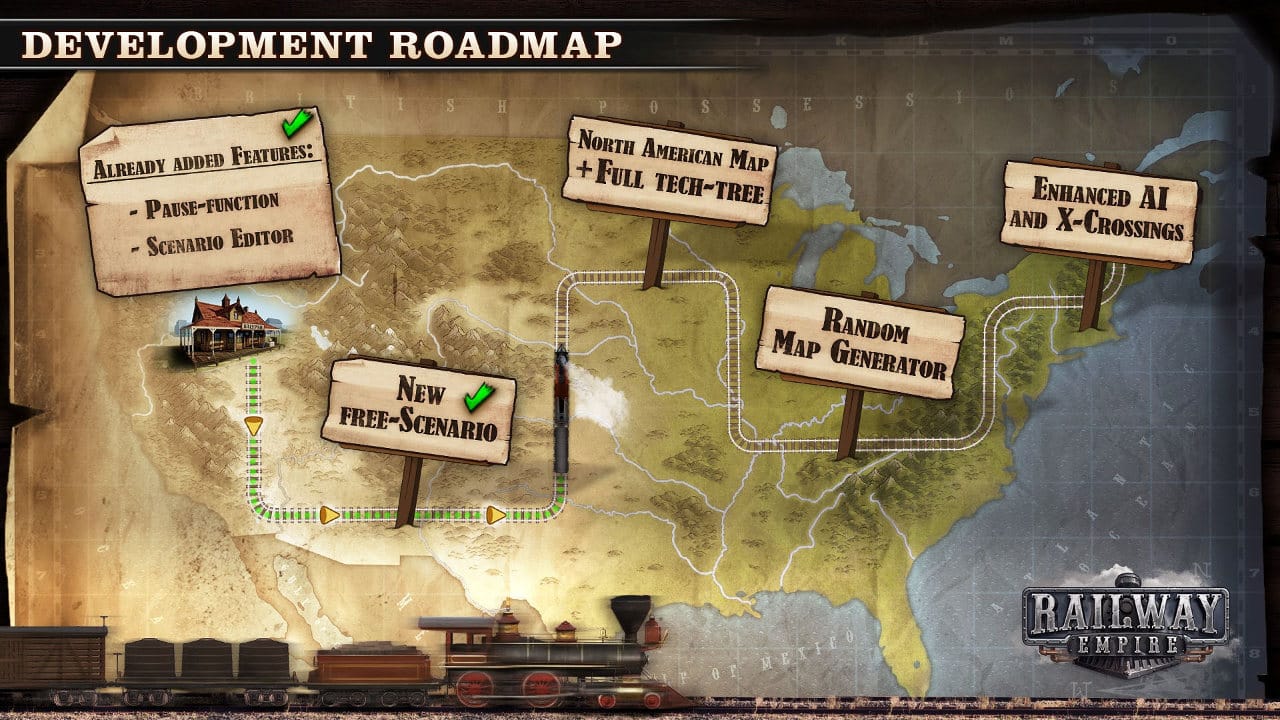 Free updates to look forward too:

Players will see these new updates begin to roll out over the next couple of months. First for the Linux and Windows version and then for consoles. In the meantime, Kalypso will continue to collect player feedback and reports. While they work to implement them wherever possible. More details will be available soon through Kalypso’s social media channels and the Steam forums.

In Railway Empire, you will create an elaborate and wide-ranging rail network. Purchase over 40 different trains modelled in extraordinary detail. Buy or build railway stations, maintenance buildings and factories. Which also means tourist attractions to keep your travel network ahead of the competition.

You’ll also need to hire and manage your workforce. That is if you want to ensure an efficient train service. Develop over 300 technologies ranging from mechanical improvements to the trains themselves. Even workplace infrastructures and advanced amenities. Then progress through five eras of technological innovations.

However, you can’t just build and research your way to the top. The competition never sleeps. So to keep your business on track you’ll have to survive against up to three rival tycoons. To get to the top you may have to resort to more cutthroat tactics. Attack and sabotage your opponents through raids and industrial espionage.