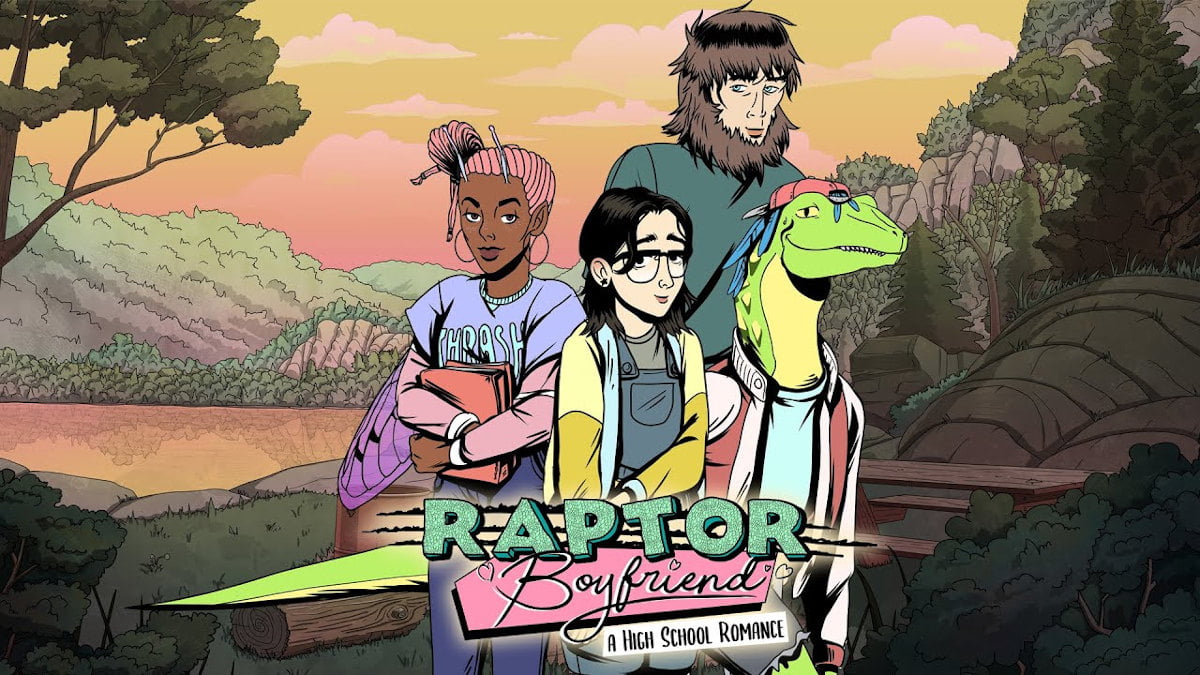 Raptor Boyfriend: A High School Romance a hilarious romance dating sim games out for Linux, Mac, and Windows PC. Due to the creative efforts of developer Rocket Adrift. Available now on both Steam and Itch.io. Along with 100% Positive reviews.

Small and scrappy indie developer Rocket Adrift releases their satirical visual novel romance game, Raptor Boyfriend: A High School Romance. While players take on the role of a socially anxious teenage girl. One who’s also looking for romance with a conflicted magical Fairy. Including a sensitive loner Sasquatch and a bold and erratic Velociraptor. Likewise, the gameplay is a mocking of 90’s teen drama about trying to find love in your last year of high school.

The Raptor Boyfriend: A High School Romance release trailer features all original 90’s inspired music composed by Pat Smith. Who is also one of the game developers and audio composer of Rocket Adrift.

Since Raptor Boyfriend: A High School Romance romance dating sim is out on Steam and Itch.io. And priced at $13.99 USD. The Steam release is also offers a 15% discount until July 22nd. Along with support for Linux, Mac, and Windows PC.

Hatoful Boyfriend the dating sim is delayed to September 4th