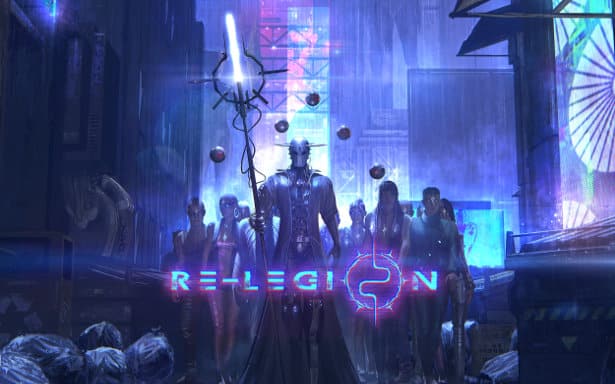 Re-Legion upcoming cyberpunk-influenced real-time strategy for Linux, Mac and Windows is launching Q1 2019. Thanks to a recent email from 1C Entertainment, unveiling a new game trailer. While sharing new details on the game’s development.


Re-Legion, which is now planning to launch in Q1 of 2019. Focusing on the highly replayable single player experience. Which also has Linux, Mac and Windows gamers excited most.

“Linux version of the game is still something we want to have on launch day. But unfortunately I cannot give you a concrete answer at the moment that this will be the case. I will know 100% about the Linux version in the upcoming weeks.”

In the top-down isometric RTS, players become a prophet in a futuristic technocratic society. Where they can define their own belief system, convert citizens, and upgrade them into fighting units. Ridding the city of non-believers.
Players will also take on the role of Elion, a strong leader. One who emerges to rid the world of its misery by becoming a leader and prophet. As Elion increases his influence and power. He also turns non-believing citizens into his faithful followers. Introducing a very different resource management system. While ordinary people are converted into “Adepts” that drive the player’s ascent to dominance.

“Re-Legion presents interesting philosophical concepts relevant in today’s world. All in the context of a fresh take on the RTS genre,” said Nikolay Baryshnikov, CEO of 1C Entertainment. “We’ve decided to focus on the single player aspect of Elion’s journey to messianic power. Creating the most satisfying experience for players. With the possibility of adding multiplayer elements after launch.”

In Re-Legion, players follow Elion’s journey from lone prophet to the most powerful advocate of religion in the city. While players convert ordinary non-believing citizens into followers—essentially units. The cultists also expand the group’s possibilities by obtaining “CryproCredits” to enable upgrades.
So by praying, they increase faith in order to gain and use special abilities. They can also hack buildings and ad-boards to expand and control territories. As well as convert other citizens—or fight enemy units and non-believers.

The overall direction of the player’s cult is determined by the dogmas they choose. While allowing different playthroughs to have a very different experience. From a merciful religion to one that despises non-believers. So each one of dozens of dogmas define the way in which the cult will pursue its goals. But whichever path you choose on any playthrough. Your followers will all work together to build a strong and powerful cult… They are the legion of their own religion.

Re-Legion real-time strategy is in development by Ice Code Games. While publishing undertaken by 1C Entertainment. Coming to both Steam and Humble Store.