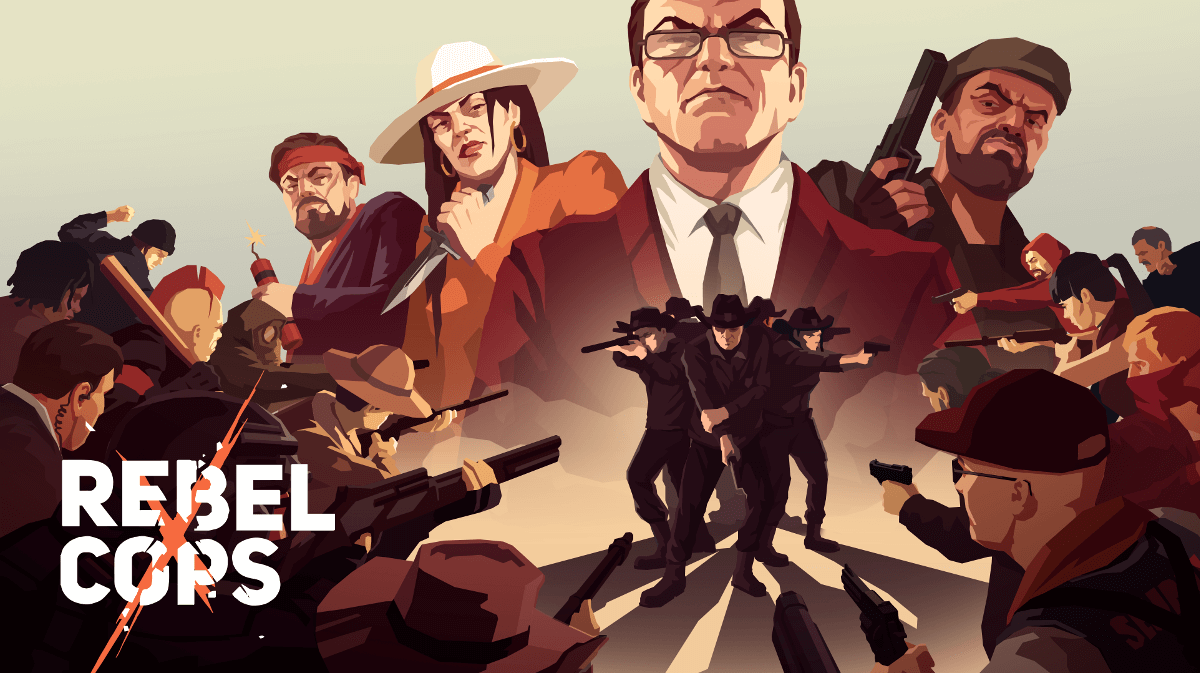 Rebel Cops gory rebellion singleplayer will receive day one Linux support along with Windows PC. Thanks to developer Weappy Studio. Coming to both Steam and GOG this month.

Sure, it will support Linux, as always with our games 🙂
Right at launch.

When I received the press post for Rebel Cops, with no mention of Linux. But since the rest of This Is the Police games have Mac and Linux native builds. The Steam page only lists Windows PC, what?
So it looks like we have a direct confirmation via Discussions. A pleasure to see Weappy Studio involved with the community. And it also outlines day one support coming as well. With a gory rebellion to look forward too.

Rebel Cops follows a crime lord, Victor Zuev. Who has also holds favor in the town. So now the ruthless crime lord controls the town of Ripton. All the officials are on his payroll. And as a result, businessmen are at his mercy. Even the local police have surrendered to his will. While any opposition gets smashed to pieces.
Well, not quite all, exactly. Since you control a small rag-tag squad of true policemen. Those who still believe in the words “to serve and protect”. Fighting against all odds to serve justice and to protect the citizens. Not all heroes wear badges in this adventure.

You’re always out-gunned and out-numbered and low on resources. Your team has the drive, not by beating the odds. But by the will to hunt down crime lord Zuev and to restore justice in Ripton. And as a result, fully prepared to sacrifice everything in the process. The need for more weapons and equipment can be satisfied in any of the sandbox missions.
Besides the main story goals of Rebel Cops. Like rescuing some hostages or eliminating a henchman of Zuev’s gangster squad. Each mission has optional side goals. As well as many parts to explore where your cops can find useful equipment.

But beware: every step you take is a risk. Rebel Cops is an unforgiving game, as every bullet can end a cops life. There are no hit points, even if your trooper is just hit in the foot, he can bleed out. So make sure to guide them safely through each encounter – the more experience they get, the more skilled they become.

Rebel Cops will be available for Linux and Windows PC. Launching on both Steam and GOG. As well as Xbox One, PlayStation 4 and Nintendo Switch. Which releases on September 17th for just $9.99 USD / €9.99. While offering up 15 hours of challenging gameplay.